DALL-E: How to Get It, Use It, and Create AI Art

DALL-E, and its successor DALL-E 2, are machine learning models developed by OpenAI to generate images and artwork based on text inputs that are frequently referred to as “prompts”. DALL-E was originally revealed to the public in 2021 and has since undergone considerable development. In 2022, the year when AI-generated artwork arguably entrenched itself in the public’s mind, OpenAI released the newest version of its model into public beta. For more details regarding the history of events, feel free to consult our article on the DALL-E 2 release date and timeline.

DALL-E 2, unlike its main competitor Midjourney offers a web-based application that will feel familiar to most users. Its simple and accessible interface makes it considerably easier for novice users to experiment with its AI software. 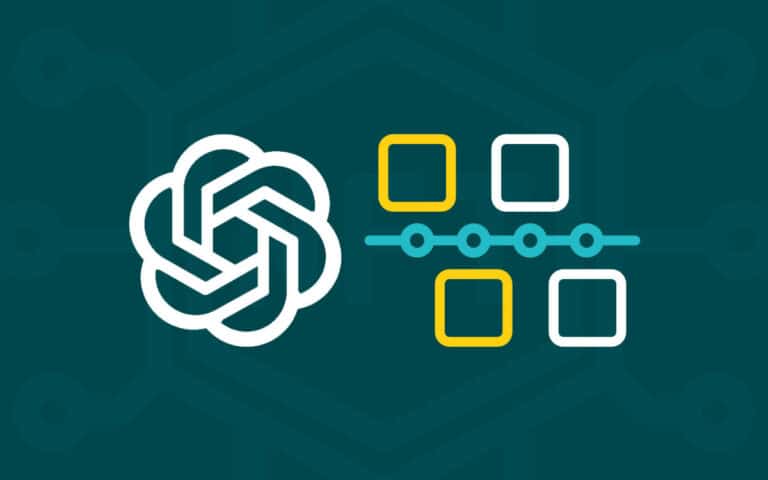 Throughout most of 2022, DALL-E 2 was in a closed (aka private) beta phase that was restricted to early adopters and developers who pitched credible use cases that matched OpenAI’s product vision. Although anyone could apply for access, everyone would initially end up on the DALL-E 2 waitlist.

Some applicants would report that they were accepted within a short period of time while others waited for months without any feedback. This is also one of the reasons why Midjourney was able to dominate much of the public discussion during the summer of 2022. Those desperately waiting to get accepted into the DALL-E 2 beta began to use Midjourney once it moved into public beta.

In late September 2022, DALL-E 2 was finally released into public beta as well. Now anyone can sign up for a trial account and see how OpenAI’s software compares to that of other competitors. 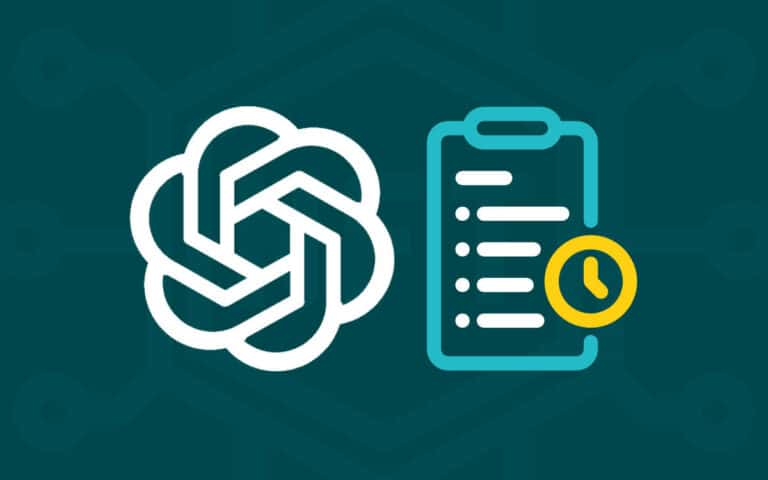 How to Skip the DALL-E Waitlist

Many people have heard about AI art generators such as DALL-E and would love to give them a try themselves. However, AI remains a relatively daunting subject for a lot of people. They simply don’t know where to start and how to use these tools. If you are one of those beginners that is curious about tex-to-image AI, check out our DALL-E tutorial. We’ll have you up and running within a matter of minutes. 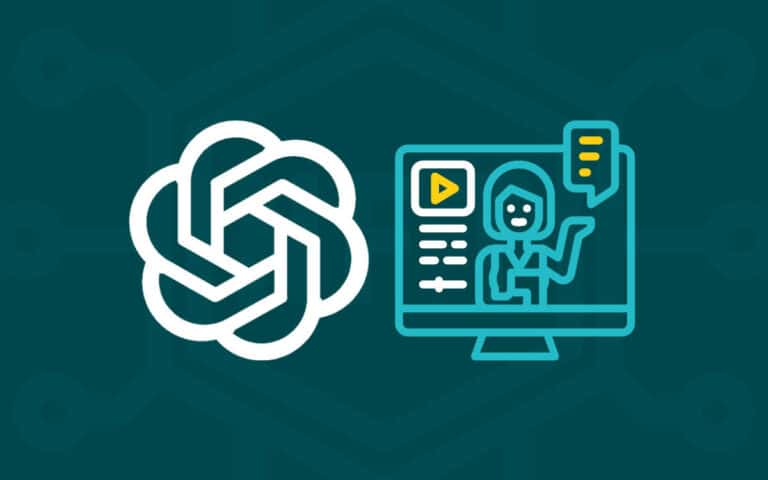 Due to Midjourney’s popularity, many people have grown accustomed to generating AI artwork inside a Discord server and we suspect that it feels more familiar to them than before. They may also have joined other Discord servers that host communities of AI art fans. That is why many people have been asking whether DALL-E 2 also offers a Discord bot. With the release of the DALL-E 2 API, it was only a matter of time before the first DALL-E Discord bot would pop up. The “Dallify” Discord Bot has now officially been added to the OpenAI GitHub page.

For quite a while there was no DALL-E Discord bot for the official version of OpenAI’s software. That’s why some clever developers managed to build a Discord bot that uses the open-source AI model “DALL-E Mini”. DALL-E Mini also used to be available via a web application and has since rebranded to “Craiyon”. That being said, we would like to point out that the DALL-E Mini AI model is nowhere near as advanced as any of the commercial projects out there. 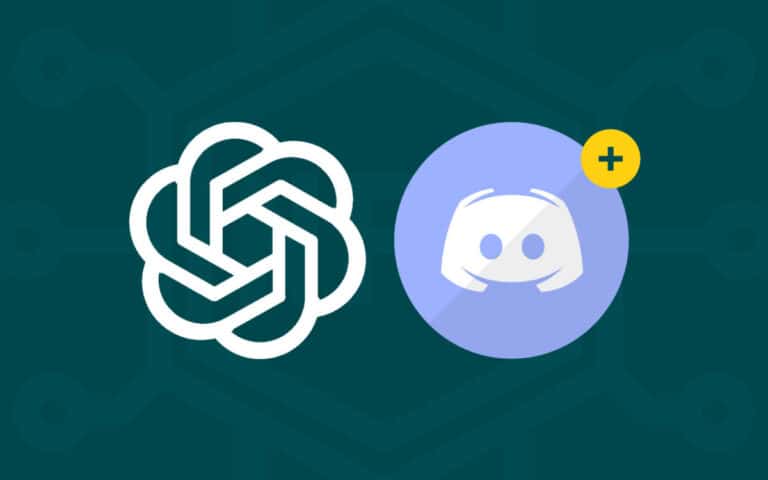 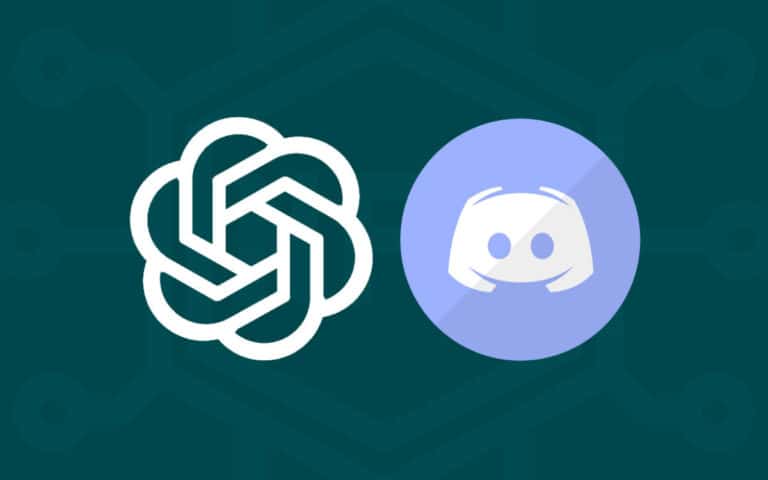 How to Get a DALL-E Discord Bot

How to Use DALL-E

Although at its core, using DALL-E is mostly about coming up with good text prompts to feed into the AI model, creating some of the amazing artwork that you may have seen online requires a lot more than that. In fact, prompt crafting is widely considered an art form in itself, and especially once you start to apply some of the more advanced features, you’ll want to know how to use DALL-E properly.

One thing that nearly all major text-to-image generators have in common is that their default output format for images is a simple square. However, as any graphic artist or illustrator will tell you, the aspect ratio of an image has a big impact on the composition and is part of the creative process.

Unfortunately, unlike some of its competitors, DALL-E 2 still does not have a feature that allows users to change the aspect ratio of the images it generates. There are workarounds, of course, but they are not optimal and are unnecessarily inconvenient and expensive. 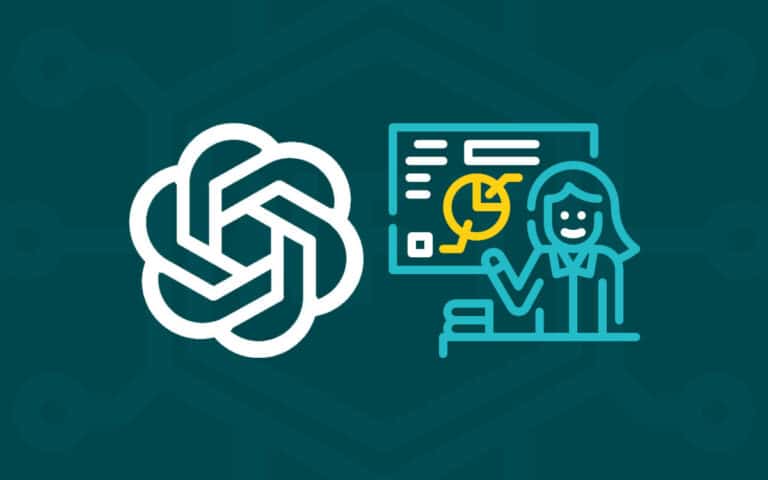 How to Use DALL-E 2 to Create Beautiful Artwork 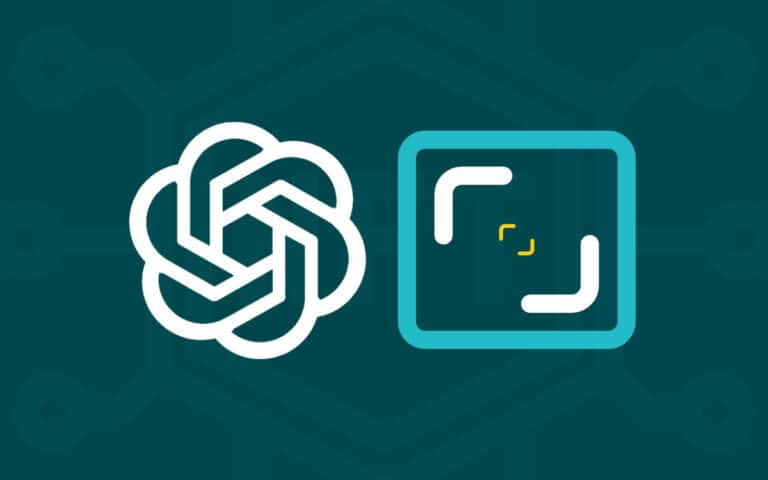 Most users come to DALL-E to give it a try because they saw someone share some of the amazing artwork that you can create with an AI image generator. However, once they enter their prompt and generate their own set of images, they start to realize that there’s more to AI art than just a simple prompt.

The most impressive examples of AI-generated artwork are the result of complex text prompts and the proper use of keywords for specific art styles. DALL-E is not only able to replicate the style of famous painters, but it also understands many other art styles that have their origins in science fiction and gaming. If you’d like to get a better idea of how DALL-E styles work and how you need to build them into your prompt, check out our dedicated guide that covers 15 distinct styles that you can start using right now. 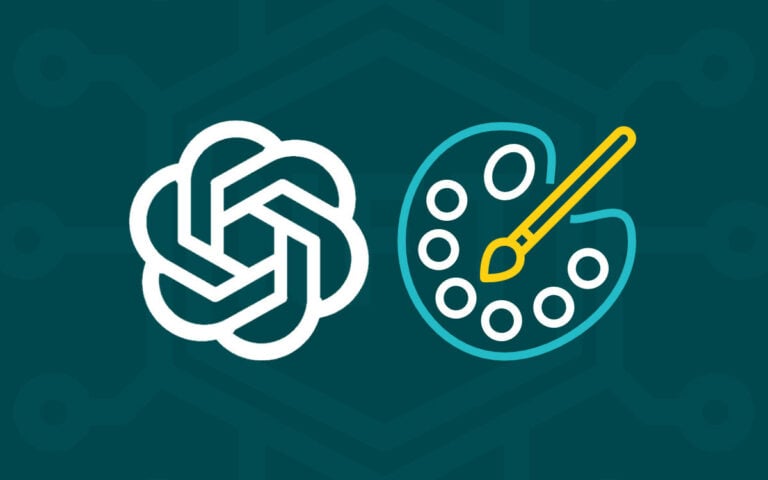 DALL-E is not only useful for generating entirely new images from text prompts. Unlike many other AI art generators, it can be used to edit existing images as well. All you need to do is upload your image to DALL-E and place it on the editor’s canvas.

One of the most popular ways to enhance an existing image is to “uncrop” it. When you uncrop an image, DALL-E’s AI is used to fill the empty areas around your image in order to create a larger scene. OpenAI doesn’t actively market the DALL-E Uncrop feature but it’s very popular because it’s also considerably cheaper to use than Outpainting. 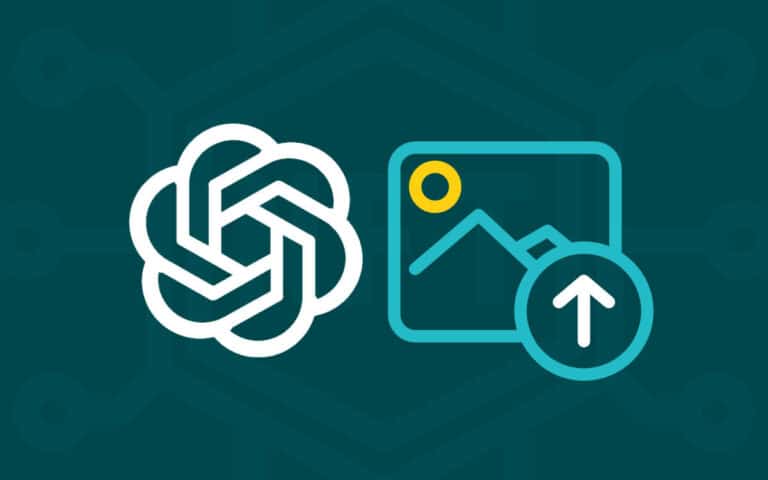 How to Upload Images to DALL-E 2 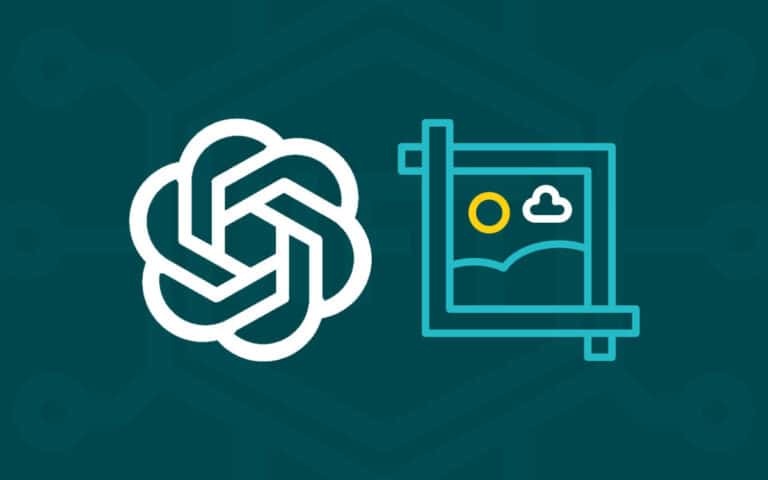 How to Use DALL-E Uncrop to Expand Images

One of the areas where OpenAI’s DALL-E excels compared to many of its competitors is the web application’s built-in editor. The DALL-E 2 image editor enables users to quickly make changes to the images they create with the AI. Two of the most powerful and fascinating features of the editor are called Inpainting and Outpainting.

While these terms don’t actually exist in the dictionary, they are very apt names for the DALL-E 2 features that they represent. Inpainting is similar to painting “in” or “on top of” an existing image. It allows you to add or remove elements from an image by erasing certain sections and generating new content with a prompt. Outpainting on the other hand resembles the process of “painting” an image because you expand beyond the original image by adding new frames of content around it. 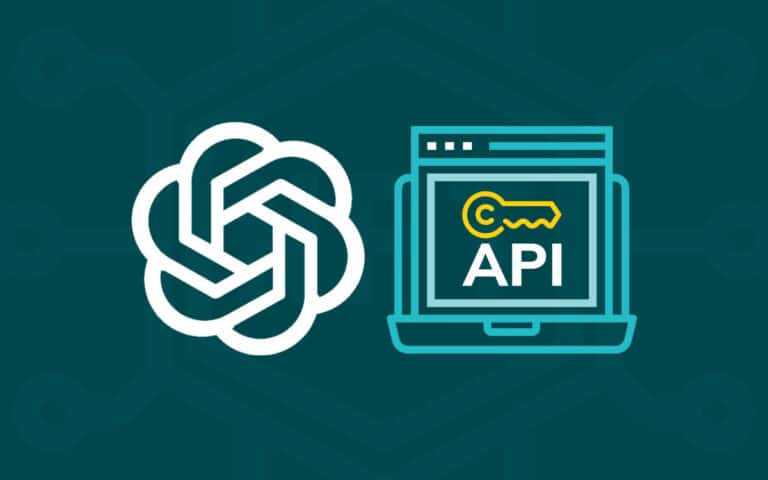 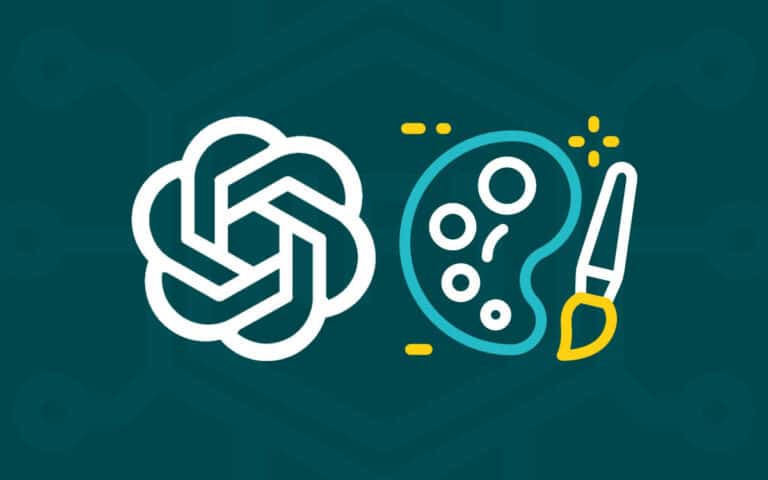 Now that there are multiple different AI art generators available on the market, it’s not surprising that many people trying to figure out which one is the best. Especially if you plan on using AI art software for your business, you want to make sure you’re investing your money into the right product for your particular needs. That’s why we’ve written an extensive article discussing the battle of DALL-E vs. Midjourney, providing side-by-side comparisons of how each AI model interprets the same text prompt differently. So, if you’re still on the fence regarding which software to use, we highly recommend you check it out. 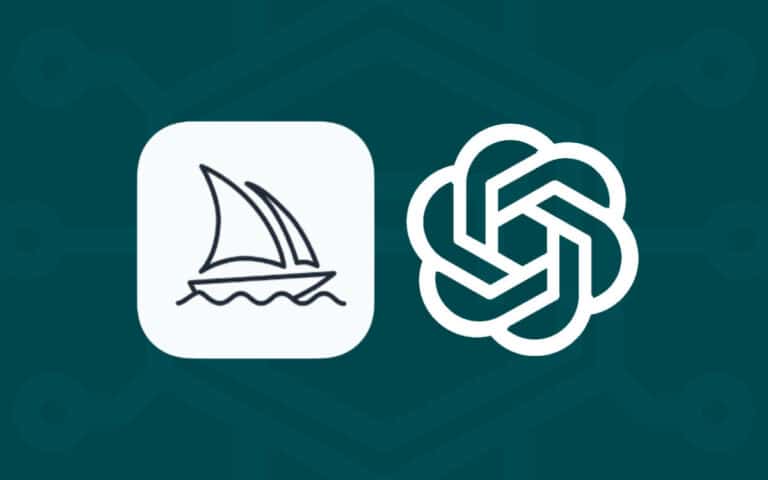 Midjourney vs DALL-E 2: A Side-by-Side Comparison

As more and more companies started to share their AI software publicly, it also caught the attention of thousands of developers from all over the world. They clearly saw tons of potential use cases for AI-generated artwork that the original creators probably never even thought of. However, none of the major AI art models initially offered public API access and Midjourney has mentioned on multiple occasions that they do not have plans for a public API at this time.

That’s why developers will be delighted to hear that OpenAI officially released its DALL-E API access into public beta in November 2022. This new “Images API” joins a growing collection of AI-related API services within OpenAI’s portfolio, which also includes text and code completion services. The API is free for anyone to try out and even comes with $18 of free credits that can be used across all of OpenAI’s API products.

Unlike some of its competitors, OpenAI does not offer a subscription-based pricing model. Instead, it has chosen to offer a usage-based credit system. While some may feel that the DALL-E 2 pricing model is refreshingly different at a time when subscriptions seem to be taking over the world and consumers are growing increasingly frustrated by them, it has little to do with altruism. Considering the way DALL-E 2 is designed and looking at some of its advanced editing features, credits are likely to generate much more revenue for the business than subscription plans. 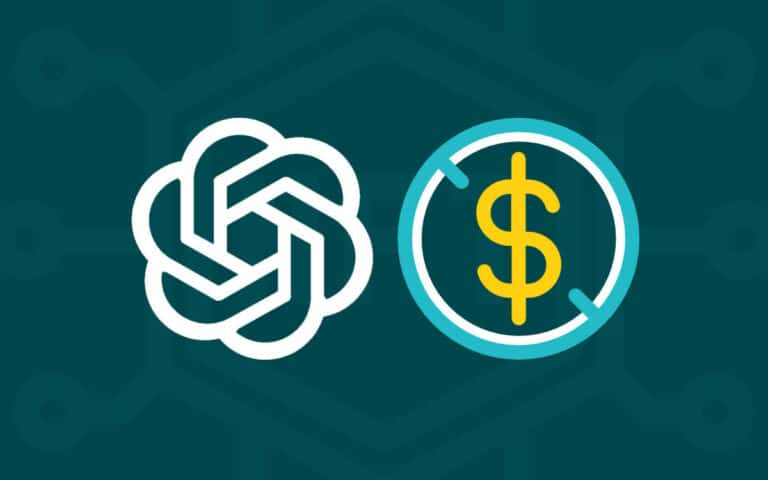 DALL-E, as well as many other AI art generators, are faced with the same controversial question about who actually owns the copyright of the images generated with AI. Is the OpenAI, is it the end user, or maybe even the original creators of the images that were used to train the machine learning model? While there’s no official statement from DALL-E regarding the copyright of generated images, its terms of use explicitly permit the use of DALL-E for commercial purposes. 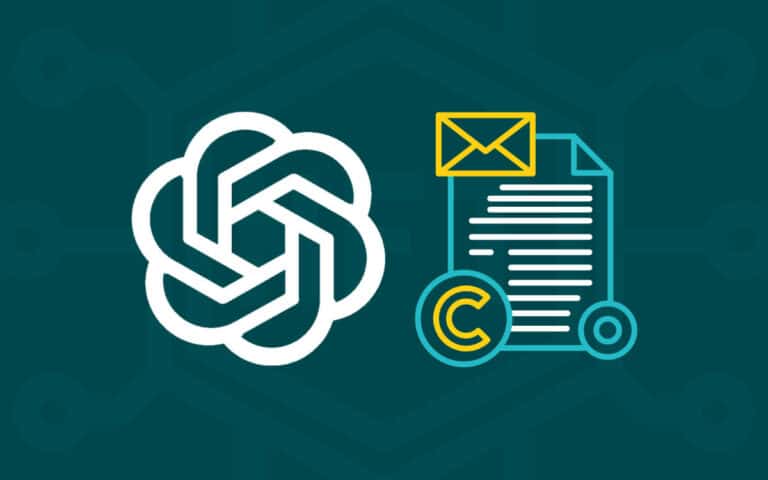 In a Nutshell: DALL-E Commercial Use & Copyright

Most AI art generators don’t explicitly mention NFTs in their terms of service or their licensing terms. That is also one of the reasons why so many people keep asking whether they are allowed to sell DALL-E NFTs or not. And it’s a fair question to ask, given the considerable amount of controversy surrounding NFTs in general but also AI artwork and intellectual property theft. 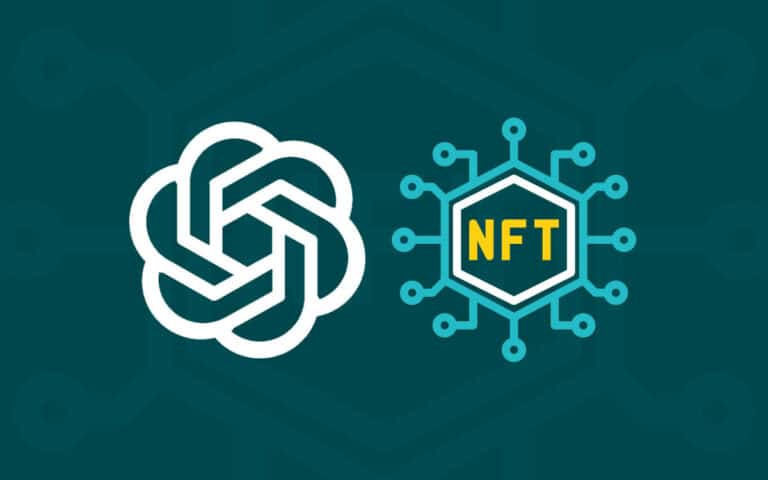 Can I Legally Sell DALL-E NFTs?

If you’ve heard of DALL-E then chances are you’ve also come across DALL-E Mini at some point. DALL-E Mini actually has no direct link to OpenAI and the original DALL-E, other than its name. It started off as an experiment by Boris Dayma and the objective was to produce similar results to DALL-E but with considerably fewer resources. The results were surprisingly impressive and since it’s an open-source project, the DALL-E Mini web application is also free to use.

Due to the very similar name, DALL-E Mini was soon rebranded to Craiyon in order to avoid confusion and potential trademark conflicts. However, search trends give us reason to believe that many people still do not understand this. In fact, after the release of DALL-E 2, Google searches for “DALL-E 2 Mini” sky-rocketed. Presumably because many people thought that they are connected. 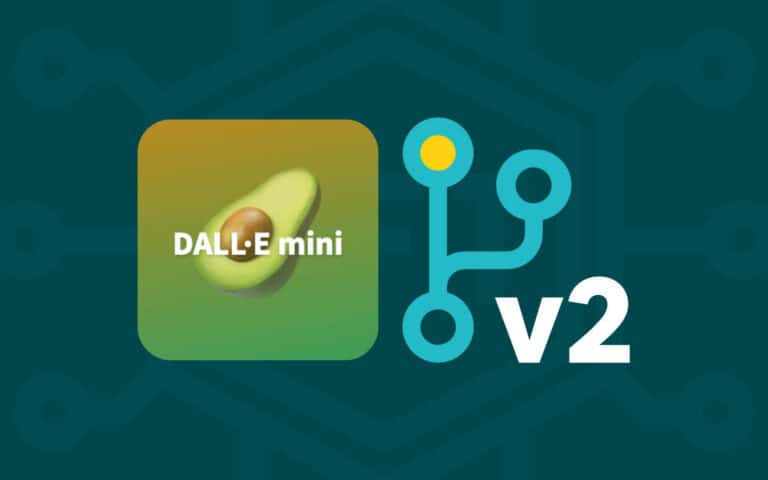 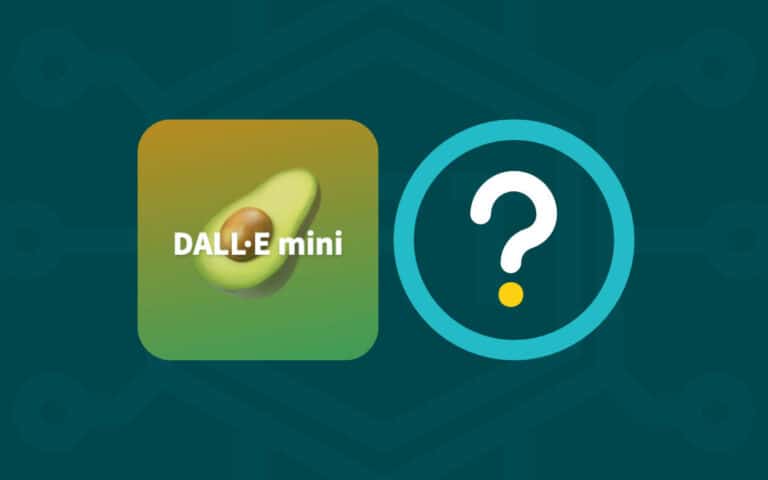 DALL-E Mini: Everything You Need to Know

Are you looking for an overview of DALL-E 2 styles? If you’ve used…

How to Use DALL-E 2 to Create Beautiful Artwork

Want to learn how to use DALL-E 2 and all of its features? You’ve…

Are you looking for a DALL-E tutorial for absolute beginners?…

Looking for a way to change the DALL-E aspect ratio? If you’ve…

Are you looking for more information on the Dallify Discord bot? Let me…