LooksRare: Everything You Need to Know

Everyone is talking about LooksRare and you don’t know what it is?

Or maybe you’ve heard it’s a hot new NFT marketplace but you don’t really know why?

Worried about wash trading and other FUD?

Don’t worry, we’ve got you covered.

In this guide, we’ll explain to you exactly what LooksRare is, how its reward systems work and why you shouldn’t be concerned about the wash trading that is currently going on.

Anyway, let’s get right to it.

LooksRare: Everything You Need to Know
Here’s the answer. Great article by @ChrisHeidorn from @Tokenized_HQ here: https://tokenizedhq.com/looksrare/

LooksRare is a community-first NFT marketplace that launched in January 2022. It aims to become a serious contender to the currently dominant OpenSea and is trying to achieve this by adopting a strong Web3 ethos. That means earnings generated by LooksRare are distributed back to the community in the form of rewards.

This new NFT marketplace literally popped up out of nowhere.

Everyone was enjoying the new year bull-run when LooksRare suddenly stepped onto the scene in early January 2022 as one of the very first serious OpenSea alternatives.

Despite welcoming new competition for OpenSea, many people were initially skeptical of LooksRare due to several known influencers providing seed capital before the launch.

Not all of these influencers have a particularly good public reputation.

Nevertheless, it made quite a splash with their LOOKS airdrop.

LOOKS is the NFT marketplace’s native governance token which is also used for rewards distribution.

This is special because despite OpenSea being the dominant player in the market, there is no OpenSea coin.

That’s right, you can now make money with NFTs in a whole new way. But more on that later.

As one of the first NFT websites, they also introduced innovative new features such as the “Collection Offer”, which is essentially a blanket offer to all holders of a particular token.

Anyone can take up the offer. First come, first serve.

And as one of the first NFT marketplaces, they are actually planning to integrate rarity tools NFT investors need, right into their UI.

If that’s not exciting, then I don’t know what is.

How to Earn Rewards on LooksRare

You can earn LOOKS rewards on LooksRare by trading on the platform, staking LOOKS tokens or providing liquidity for LOOKS via LP staking. Regular staking comes with the added benefit of earning WETH rewards which come straight from the platform fees generated by trading.

LOOKS rewards are the founders’ way of giving back to the community and enabling users to also become owners of the NFT platform.

There is a 2-year distribution schedule for LOOKS tokens.

They are spread across various categories, such as the treasury, founding team and strategic investors.

The categories mentioned above are also subject to a vesting schedule, to limit the risk of a “dump” by early investors.

However, the most important category by far is the community tokens.

A whopping 75% of the tokens will be distributed to the community via airdrop, staking and trading.

The distribution of these tokens tapers off over time, which is why being an early adopter of the NFT marketplace may prove incredibly lucrative.

There are 3 ways you can earn LOOKS rewards:

LooksRare will reward you with LOOKS tokens based on your buying and selling activity.

Trading rewards are calculated on a daily basis and depend on your relative share of the trading volume during the previous day.

The nice thing is that both buyers and sellers are being rewarded for their activity.

Both sides have a strong incentive to use the platform for their trading.

Possibly the most attractive way to earn rewards is to stake your LOOKS tokens via LooksRare staking.

That means locking them up in a type of DeFi smart contract.

As you stake, you earn additional LOOKS tokens based on your share of the overall tokens staked on the previous day.

Your LOOKS also automatically compound during staking without the need to waste gas fees on staking newly earned LOOKS.

However, the biggest potential by far lies within the WETH rewards that you’ll receive.

The WETH that you earn is based on the platform fee that LooksRare charges on each trade.

That’s right, ALL of the trading fees (100%) that normally go to the company (OpenSea fees all stay with OpenSea), are distributed amongst LOOKS stakers.

You have to see it to believe it but it’s really quite remarkable.

Imagine how much potential this has if the NFT platform grows its market share.

As with every new token that is launched, you need liquidity providers that help make sure that the token remains sufficiently tradable.

For well-known tokens, this is usually done by exchanges.

If not enough exchanges list the token, you need liquidity providers to help out via a DeFi platform such as UniSwap or SushiSwap.

No one provides liquidity for free, which is why LP stakers on LooksRare also earn LOOKS rewards.

Why Is LooksRare’s Trading Volume So High?

LooksRare is currently experiencing extremely high levels of wash trading because the LOOKS rewards incentivize trading volume in their distribution schedule. In other words, wash traders are trying to get a bigger piece of the pie. In theory, this practice should be extremely unprofitable because private sales are excluded from trading rewards.

There was quite a bit of confusion and maybe even controversy around some of the massive wash trading going on.

Wash trading is when someone sells something to themselves in order to artificially inflate their trading volume.

There are many reasons this is done in traditional markets and all of them are illegal in regulated markets.

The NFT market is still unregulated, so you’ll see a lot of “wild west” activity.

In this particular case, it is the attempt to gain a higher share of the overall trading volume on LooksRare.

This in turn impacts how many LOOKS rewards you receive.

Many people voiced concerns around this because on paper LooksRare suddenly had 5-6x the trading volume of OpenSea.

Obviously, that is unrealistic.

The team has stated several times that private sales are excluded from the rewards mechanism.

And in theory wash trading should be extremely profitable due to the high fees associated with the excessive volume.

Nevertheless, the wash trading still has not subsided.

Our take is that as long as the legitimate trading volume continues to grow, this should not be a problem.

The team behind LooksRare has chosen to stay anonymous. This is a red flag. We suspect there are regulatory reasons for this. Despite the opaqueness, we believe that LooksRare is acting in good faith. The team has demonstrated more interest in its community in less than 30 days than OpenSea has in over a year.

Unfortunately, the founding team has chosen to stay anonymous so it’s not entirely clear who you are dealing with.

Some of the early investors also have a questionable reputation in the industry, so it’s a fair concern.

We believe the reason the team has not doxxed is mainly due to the lack of regulatory clarity around the classification of LOOKS tokens.

Since they are effectively a form of revenue share chances are they’d be considered a security.

The SEC isn’t someone you necessarily want to deal with, so it would be understandable that the team prefers to stay anonymous for now.

That being said, from every we’ve seen so far and particularly how closely the team listens to the community, it is hard to believe that they may be bad actors.

We are going to give them the benefit of the doubt until further notice.

Fact is: Many people also ask whether OpenSea is safe.

LooksRare is not only a breath of fresh air in a market that is dominated by the likes of OpenSea.

The team has also put its money where its mouth is by designing a rewards system that is truly focused on its community.

Despite all of the wash trading, its real trading volume has continued to grow in the last few weeks.

LOOKS and WETH rewards are also being poured back into the market so there is quite a virtuous circle at play here.

We are giving LooksRare the thumbs up right now and we highly recommend you at least have a look at it as well.

But remember, none of this is financial advice and please do your own research! 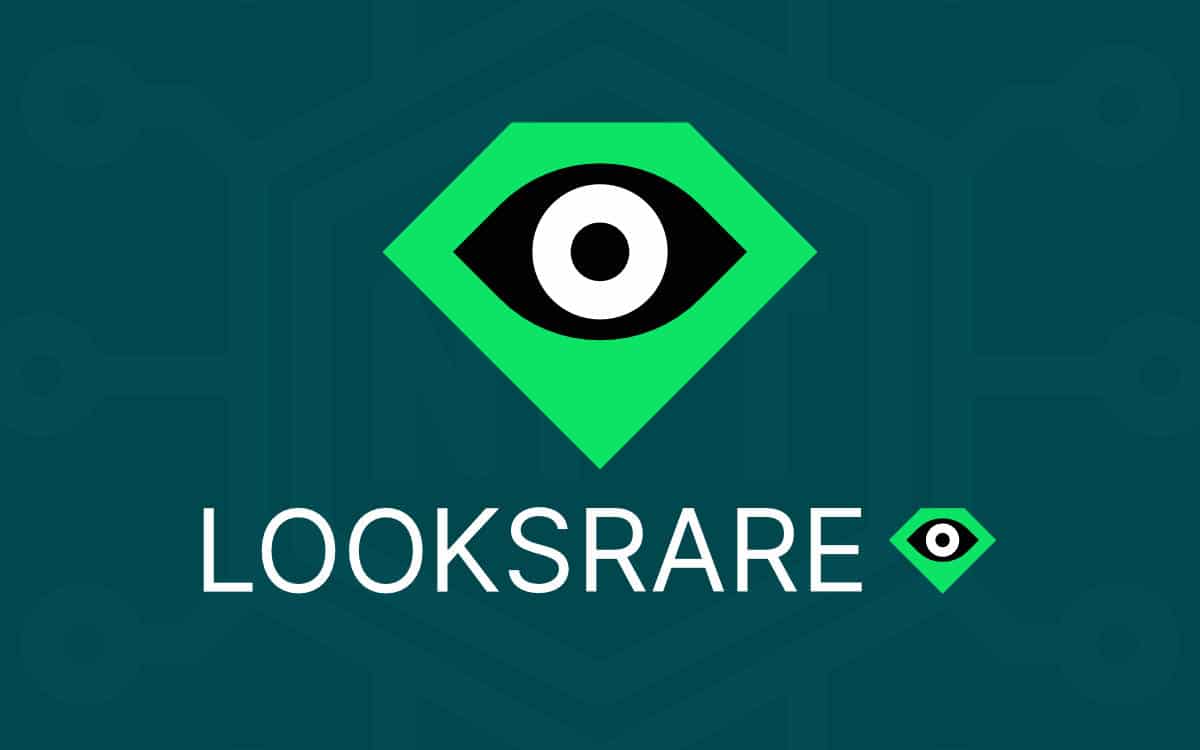