So you’re looking for the best rarity tools NFT investors use?

Or perhaps you already use an NFT rarity tool but would like to see whether other NFT rarity checkers have better features?

Let’s face it, rarity tools NFT insiders use are giving them a serious advantage versus the average investor and people are noticing it.

So it’s about time we leveled the playing field and shared some of the inside information on some of the best NFT rarity trackers in the market.

In this article, we’ll not only teach you what NFT traits and rarity rankings are but also what NFT rarity tools you can use in order to up your game without spending a single penny.

What is NFT Rarity Rank?

The rarity rank of an NFT indicates how rare an NFT is within a given collection based on the individual traits it has and how common they are. Rarity rank is similar yet still different from rarity score, which attributes an absolute value. Rarer NFTs are usually considered more valuable and sell for higher prices than others.

It’s quite obvious that NFTs are taking the world by storm and that many people have realized that they can turn out to be amazing investments.

However, not all NFTs are made the same and while art obviously plays an important role, it’s the 10k PFP projects in particular that have gained most of the attention.

So how do you even determine the value of an NFT?

Well, in the end, it all depends on supply and demand, but if you’re the creator of a collection you have a significant influence on what is most in demand.

You see, 10k PFP projects are usually generative art that uses a multitude of different traits in order to create 10,000 unique tokens.

Some traits have higher perceived value due to the artwork while others are objectively rarer.

Depending on the exact combination of traits and the rarity of each particular NFT trait, each token will have a different level of rarity.

If you order all tokens by their rarity you essentially get an NFT rarity ranking.

The rarer the NFT the more valuable the NFT might be.

I say “might be” because most NFTs have little intrinsic value beyond the collector’s value.

But then you look at the most expensive NFT sold and realize that there must be something to it.

How is NFT Rarity Calculated?

There are several different methods to calculate the rarity of an NFT. However, the de facto standard approach calculates the total rarity score of an NFT by calculating the sum of the rarity scores of all of the trait values of an NFT.

There are several different ways how you can calculate the rarity of an NFT and thus establish an NFT rarity ranking for a particular collection.

These methods include calculating the rarity based on the rarest NFT trait, taking an average rarity of all traits, or conducting a full-blown statistical assessment of rarities.

One of the most popular rarity tools NFT investors use is literally called Rarity Tools.

Their method of calculating the total rarity score of an NFT is basically the sum of the rarity scores of all of its trait values.

Did that sound confusing?

No problem. Let’s put that into an actual formula so you can build your own NFT rarity calculator:

This approach not only takes into account the value of a single NFT trait but also the overall trait rarities.

That’s why “Rarity Score” has become the de facto standard for ranking NFT rarity and is used by most NFT rarity checkers.

By the way, many of these sites and tools actually fetch their data directly from OpenSea using an OpenSea API key.

How to Check NFT Rarity Rankings

You can check the rarity of a token within an NFT collection by using one of many free rarity analysis tools, also referred to as rarity calculations, rarity checkers or rarity sniffers.

While in the early days investors would literally do most of the calculations by hand or with an Excel sheet, it’s a fairly cumbersome process.

Obviously, if you knew what you were doing early on, you had a massive advantage over others.

But humans are generally lazy and that’s why it was only a matter of time until someone released the first NFT rarity tool that was free to use.

The rarity tools NFT insiders prefer to use will vary, simply because there are so many NFT rarity checkers available now.

However, since not every NFT rarity tool covers each and every NFT collection, most end up using a number of different NFT rarity calculators.

If a collection is extremely new or not well-known, you may actually have to check NFT rarity by yourself using one of the old-school methods.

Even though the NFT market is still very young, the fact that the blockchain is so public and transparent has led to an incredible plethora of different data-based NFT analytics tools.

And they’re not only popular amongst investors but also creators, since they can be a useful way how to get views on OpenSea.

The sheer number of rarity tools NFT investors can choose from today is mind-boggling and nearly all of them are free.

So don’t let marketers fool you into paying for a subscription to an NFT tool that just helps you check NFT rarity.

So let’s take a look at 10 rarity tools NFT insiders use to gain an unfair advantage over the “retail crowd”.

Rarity Tools is the undisputed king amongst the NFT rarity checkers.

It’s responsible for the de facto standard method of calculating the rarity score of a token-based on NFT traits.

The site is incredibly simple to use and has clearly put user experience above visual aesthetics.

Bear in mind that while the collection rankings displayed on the site are a very popular benchmark, Rarity Tools is far from being a comprehensive representation of the NFT landscape.

Any project can be listed on Rarity Tools, however, you’ll have to be willing to pay the listing fee (currently 2 ETH) and apply via their form.

A very popular alternative to Rarity Tools is Rarity Sniper.

Aside from being considerably more appealing from a design standpoint, Rarity Sniper also does a few things a bit differently.

It’s an evolving service and they’ve even started adding Solana NFT collections to their collections.

This is a good sign for everyone who’s bullish Solana becoming a relevant NFT ecosystem.

It’s not entirely clear whether getting listed costs a fee, however, they clearly have an advertising offer that most likely allows collections to be featured for more visibility.

This rarity tool only focuses on Ethereum-based NFTs right now but it does everything you’d expect it to do.

It seems like their rarity calculation formula might be a bit different from the Rarity Tools standard because some of our very own NFTs have a slightly different rank on Rarity Sniffer.

In the end, these are all just estimates anyway but bear in mind what the majority uses as a benchmark is Rarity Tools.

What’s nice about Rarity Sniffer is that new collections with considerable exposure tend to get listed a lot quicker than on Rarity Tools.

RankNFT is an interesting one because they are the only NFT rarity checker we know that also covers Polygon NFT collections.

However, aside from that they essentially do all of the stuff that other rarity tools do as well.

One thing that did stand out during our analysis is that they seem to have a Chrome extension that complements their tool.

But that comes at an additional and to be frank, that’s just not necessary in this space.

They market themselves as a tool that allows you to identify undervalued NFTs within collections so you can buy them and re-list them at their true market value.

The tool also comes with a Chrome extension, but obviously, all of the nice stuff isn’t for free.

That’s a bold claim given that they don’t really say what their definition of “accurate” is and a lot of this stuff is debatable anyway.

In all honesty, if you don’t have CryptoPunks, CryptoMories, Cool Cats or any other major collections listed on your site, then it’s borderline false advertising to say that you’re the “most accurate” rarity tool.

That being said, it’s nice to see that they also support Solana NFTs.

We really like MomentRanks mostly because of its incredibly slick user interface and we’re suckers for this kind of stuff.

It really has the potential to be a market-leading tool and site, but unfortunately, it seems that there are some data integrity issues.

The data isn’t wrong but wherever they are getting it from, it’s always available.

MomentRanks also has its own rarity score that seems to be slightly different from the market standard.

NFTSniff is yet another NFT rarity tracker and it covers most of the stuff that you’d come to expect from a tool like this.

What we like is that the site is really fast, putting it on a similar level as Rarity Tools.

It’s not as feature-rich as many of the other tools out there in terms of the insights you get but we’re confident that the team will continue to implement new features on an ongoing basis.

NFT Stats has been around for quite some time already.

It’s simple and straightforward but we’d be lying if we didn’t point out that its UI has lots of room for improvement.

It also doesn’t really provide any additional value that you can’t already get from any of the other tools out there.

Our final candidate is a bit of an outlier.

HowRare is the only NFT rarity checker we know that only lists Solana NFTs.

We might be wrong with this assumption but it’s fairly rare (no pun intended) to see a tool completely ignore the entire Ethereum ecosystem.

If you’re actively investing in NFTs then you’re going to need the help of some NFT tools.

With rarity tools NFT insiders are effectively front-running the rest of the market.

Information is a powerful tool when the rest of the market doesn‘t have it.

And if you’re the only one who’s not using the information, you might as well just blindly invest in anything.

Whichever tool you choose, make sure you start using one of these free NFT tools to check NFT rarity and up your investing game. 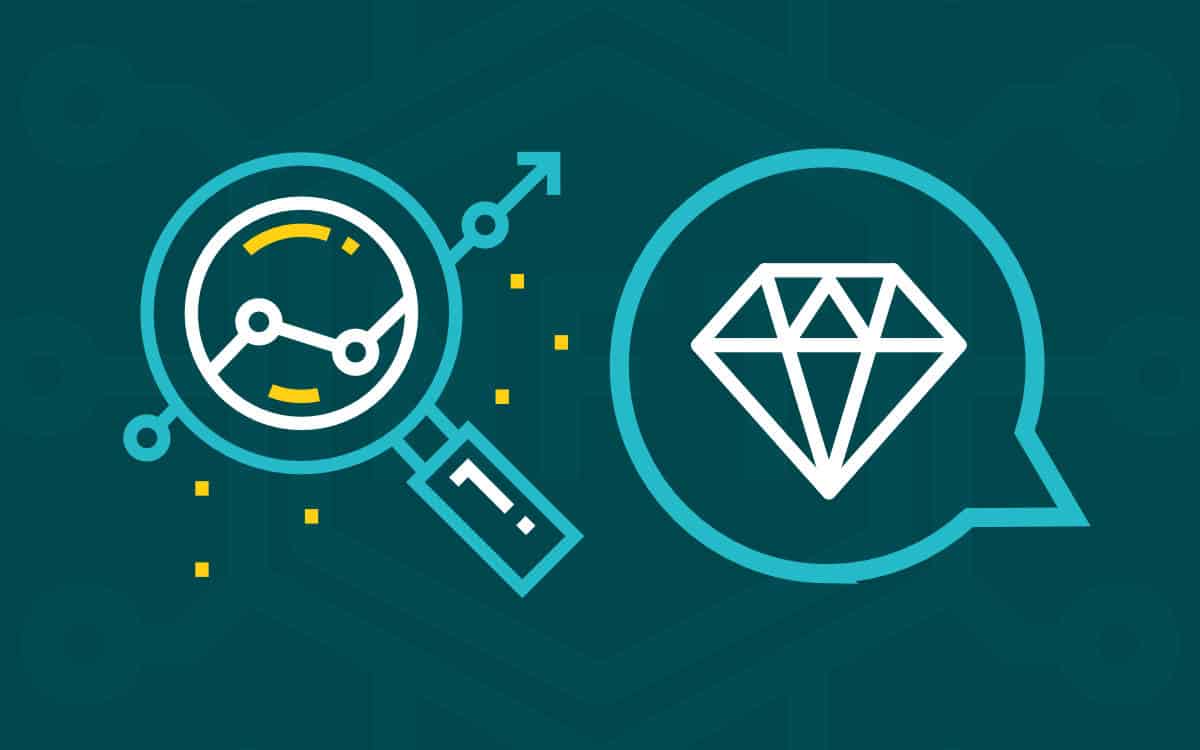