The Crazy Truth About CryptoPunk 7523

Are you looking for the inside scoop on CryptoPunk 7523?

Perhaps you recently learned about CryptoPunks and now you’re trying to understand who would be willing to spend so much money on an NFT?

Well, we’ve done the research for you and have dug up a whole bunch of interesting facts about CryptoPunk 7523 for you.

In this guide, you’ll learn who the creators of CryptoPunks are, what CryptoPunk 7523 looks like, and who currently owns this unique NFT.

For more details on who currently owns this ultra-rare CryptoPunk, PLEASE READ THE FULL ARTICLE.

The Crazy Truth About CryptoPunk 7523
Here’s the answer. Great article by @ChrisHeidorn from @Tokenized_HQ here: https://tokenizedhq.com/cryptopunk-7523/

Who Are the Creators of CryptoPunks?

The CryptoPunks NFT collection was created by Larva Labs in 2017. The small studio consists of the two Canadian software developers Matt Hall and John Watkinson.

CryptoPunks was one of the very first NFT projects that launched in the early days of the Ethereum blockchain.

While the vast majority of the world only learned about the Ethereum platform in late 2017, the CryptoPunks collection had already launched in June of that same year.

Blockchains already were considered very novel, so you can imagine that NFTs were so far ahead that no one really took notice.

Little did people know that CryptoPunks would end up becoming synonymous with 10k PFP projects only a few years later.

The CryptoPunks collection was originally created by the Larva Labs studio, which was essentially just a two-man business consisting of Matt Hall and John Watkinson.

The project was inspired by the London punk scene, the cyberpunk movement, and electronic music artists such as Daft Punk.

Today, CryptoPunks is considered one of the most iconic pieces of digital art, and the cheapest ones sell for well over $150,000.

In April 2022 Yuga Labs announced that they had acquired the IP rights to the entire CryptoPunks collection.

CryptoPunk 7523 is an Alien with three additional attributes: An orange knitted cap, an earring, and a medical mask. There are only 9 Aliens in the entire CrpytoPunk collection and all of them are in the top 10 rarest CryptoPunks. The Covid-19 pandemic has given the medical mask additional significance in today’s pop culture.

CryptoPunk 7523 is among the top 10 rarest CryptoPunks according to the NFT rarity tool Rarity.Tools.

In fact, it’s not only in the top 10, it’s actually the 3rd rarest CryptoPunk in the world.

CryptoPunk 7523 is special for a number of reasons.

First of all, the mere fact that it is an Alien character puts it in the top 10 list in and by itself.

There are only 9 Aliens in the entire CryptoPunk collection, so it’s no surprise that they are considered ultra-rare.

The other aspect that makes CryptoPunk 7523 so special has to do with one of its NFT traits.

The medical mask worn by this particular CryptoPunk is already very rare, with only 175 CryptoPunks that share this same trait.

But the mere fact that CryptoPunks attained prominence in the middle of a global pandemic gives this particular NFT a whole different spin.

Face masks have become so omnipresent in our daily lives and yet, only a few years earlier, they literally would feel “alien” to the majority of the world’s population.

All of this makes CryptoPunk 7523 a special character within the collection.

When Was CryptoPunk 7523 Last Sold?

CryptoPunk 7523 was last sold in June 2021 via an online auction organized by the renowned auction house Sotheby’s. It was sold for a total of $11.75 million.

The history of CryptoPunk 7523 is quite fascinating because it has a shared history with the also ultra-rare CryptoPunk 3100.

When CryptoPunks were originally minted for free in June 2017, the original minter of CryptoPunks 3100 and 7523 was straybits.eth.

The good news is that straybits.eth still owns 3 CryptoPunks, so he or she is still doing quite fine.

However, the sad part of this story is that both Alien CryptoPunks were sold for only 8 ETH each on July 6th and July 10th, 2021.

The new owner of CryptoPunk 7523 went on to sell the NFT only 4 years later via a Sotheby’s auction for the mind-blowing price of $11.75 million.

How devastating must it be to know that you originally held 2 CryptoPunks which collectively sold for almost $20 million after you parted with them for less than $4,000?

CryptoPunk 7523 ranks among the 10 highest NFTs sales of all time.

If you’re curious to learn more, check out our guide on the most expensive NFTs sold.

CryptoPunk 7523 is currently owned by DraftKings major shareholder Shalom McKenzie and the NFT is stored inside the Ethereum address 0x405b96e2538ac85ee862e332fa634b158d013ae1. It is very likely that the address serves the sole purpose of holding this ultra-rare CryptoPunk.

When CryptoPunk 7523 was eventually sold via an online auction held by the auction house Sotheby’s, it sold for nearly $12 million.

A crazy amount that begs the question: Who has that much money to spend on a simple JPEG?

It turns out that the winning bid came from Shalom McKenzie, a major shareholder in the American fantasy sports and betting company “DraftKings”.

It is far more likely that he has hired a company that specializes in custody services to manage the asset.

How Many CryptoPunks Are Left?

It is estimated that close to 300 CryptoPunks may have potentially been lost forever, either due to accidental burning of NFTs or lost private keys. If this turns out to be true, it would mean that the true circulating supply of CryptoPunks is less than 9,700 remaining tokens.

Although the CryptoPunks collections officially consist of 10,000 different NFTs, it is unclear how many of them are still held by “controlled” wallets.

In this context “controlled” means that the original owners of the Ethereum addresses can still access and retrieve the NFTs.

It is not uncommon for tokens or NFTs to be lost by accidentally sending them to a burn address.

If you’re not familiar with the term or would like to know more, check out our guide on how to burn NFT on OpenSea.

We know for a fact that at least 1 Zombie CryptoPunk (#161) was accidentally burned by the founder of ArtBlocks.

And there is reason to believe that as many as 300 CryptoPunks have been lost due to lost crypto keys.

More than 50 wallets that hold Punks haven’t done any transaction in the past 1000 days.

So, even though no one can know for sure, it’s very likely that less than 9,700 CryptoPunks are still in circulation.

And that will only make the rest of the collection even rarer than they already are.

CryptoPunk 7523 is one of the rarest Punks in the entire collection.

The fact that at least 1 Zombie Punk has been burned and lost forever only makes the remaining ones even rarer.

CryptoPunks and NFTs, in general, remain a mystery to many people, however, it’s clear that the leading art world has embraced them.

Only time will tell whether CryptoPunks are true as revolutionary and iconic as we believe they are today. 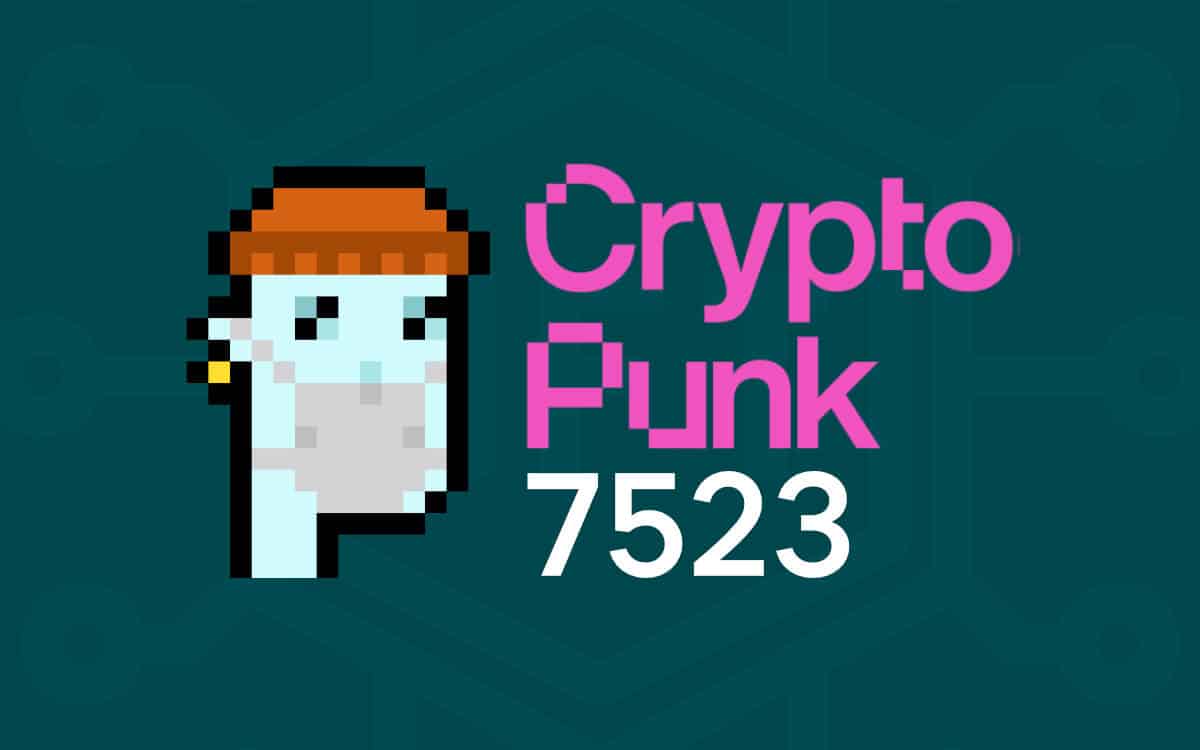