The Crazy Truth About CryptoPunk 3100

Are you looking for the inside scoop on CryptoPunk 3100?

Perhaps you just discovered what CryptoPunks are and now you’re trying to learn more about this revolutionary project within the NFT scene.

Well, we’ve got you covered because we’re going to do a lot more than just show you what CryptoPunk 3100 looks like.

For more details on who currently owns this ultra-rare CryptoPunk, PLEASE READ THE FULL ARTICLE.

The Crazy Truth About CryptoPunk 3100
Here’s the answer. Great article by @ChrisHeidorn from @Tokenized_HQ here: https://tokenizedhq.com/cryptopunk-3100/

CryptoPunks was one of the very first NFT projects ever created on the Ethereum blockchain. They also gave birth to the concept of generative art collections which usually consist of 10,000 randomly generated trait combinations that form unique avatars that can be used as profile pictures.

CryptoPunks is widely considered to be the very first NFT collection based on generative art to be hosted on the Ethereum blockchain.

Now, while it’s true that CryptoPunks was one of the earliest projects, they definitely weren’t the first NFTs.

However, when LarvaLabs originally created the collection of 10,000 algorithmically generated pixel avatars, they helped create an entirely new genre of NFTs.

10k PFP projects have become the dominant force in the market ever since and new similar projects are being launched on a daily basis, largely thanks to various NFT generator tools.

What makes CryptoPunks special is that it was created long before other popular NFT projects such as CryptoKitties came along.

The idea of combining various different traits with varying rarity and letting an algorithm randomly choose the combinations what absolutely novel at the time.

Although CryptoPunks has consistently gained in value over time, they were eventually overtaken in price by the Bored Ape Yacht Club (BAYC) NFT collection.

And in early 2022 the company behind BAYC actually acquired the intellectual property rights for the CryptoPunks collection from LarvaLabs.

They have since provided creative commons licenses to all CryptoPunk holders.

CryptoPunk 3100 is an Alien with a single attribute, which is a simple headband. There are only 9 Aliens in the entire CryptoPunk collection and all of them are amongst the top 10 rarest CryptoPunks.

CryptoPunk 3100 is among the top 10 rarest CryptoPunks according to the NFT rarity tool Rarity.Tools.

What makes CryptoPunk 3100 so special are 2 different things.

First of all, there are only 333 CryptoPunks that only have a single attribute, often referred to as NFT traits.

That in itself is already quite rare since only 3.3% of the collection have this.

However, the much more important factor with CryptoPunk 3100 is the fact that it is an Alien.

Most of the CryptoPunks represent humans with various different shades of skin color.

But there are only 9 Aliens in the entire collection and that means they are considered ultra-rare.

There are other very rare categories as well, such as Apes and Zombies.

The history of CryptoPunk 3100 is actually quite fascinating and somewhat devastating for whoever originally minted it.

You see, CryptoPunks were actually a free mint in June 2017.

The original minter was straybits.eth, who still owns another 3 CryptoPunks, albeit less valuable ones.

The new owner went on to hold the NFT for nearly 4 years until he eventually sold it to the current owner for a whopping 4,200 ETH (valued at $7.58 million).

It is currently the 8th highest NFT sales of all time.

If you’re curious to learn more, check out our guide on the most expensive NFTs ever sold.

Why Are CryptoPunks So Expensive?

CryptoPunks is considered one of the old NFT collections ever to be created on the Ethereum blockchain and they represent a very specific art movement. This, combined with the fact that there are only 10,000 of them, makes them incredibly valuable to collectors.

For many people, it is difficult to understand why CryptoPunks have become so valuable over time.

Let’s face it, most people don’t see a valuable NFT, they just see a weird JPEG.

However, if you understand how the market for collectibles works, then you can potentially appreciate why CryptoPunks in particular are selling for such high prices.

You see, CryptoPunks are widely considered valuable because they represent one of the very first meaningful NFT collections ever to be created on the Ethereum blockchain.

And while a lot of people may disagree, this gives them historical significance.

Now add in the fact that there are only 10,000 CryptoPunks in the entire collection and you can potentially understand why they are so valuable.

They are incredibly rare items.

Many very wealthy people, including large corporations, have purchased CryptoPunks, just like they might acquire a traditional piece of artwork.

They are stores of value that tend to appreciate over time.

What Is the Rarest CryptoPunk?

According to Rarity.Tools, the absolute rarest CryptoPunk is CryptoPunk 5822, which has a total of 7 attributes. No other NFT within the collection has this many traits and therefore it is widely considered the rarest of the bunch.

There are two ways you can potentially look at this question.

You can either use one of the many rarity tools NFT investors use in order to check what the rarest CryptoPunk is.

Or, you can look at the highest CryptoPunk sale that was ever made.

According to Rarity.Tools, the rarest CryptoPunk in the entire collection is CryptoPunk 8348.

This CryptoPunk is even rarer than CryptoPunk 3100 or any of the other Aliens simply because it is the only CryptoPunk with 7 attributes.

It is a genuine one-of-a-kind NFT within the collection.

Alternatively, if you look at the highest sales prices, then CryptoPunk 5822 takes the crown.

CryptoPunk 3100 is one of the rarest CryptoPunks in the entire collection (although CryptoPunk 7523 is even rarer).

Many people don’t understand the hype around CryptoPunks and other rare collections.

However, if you understand how the art world works and how collectors value rare items, NFTs won’t necessarily surprise you at all. 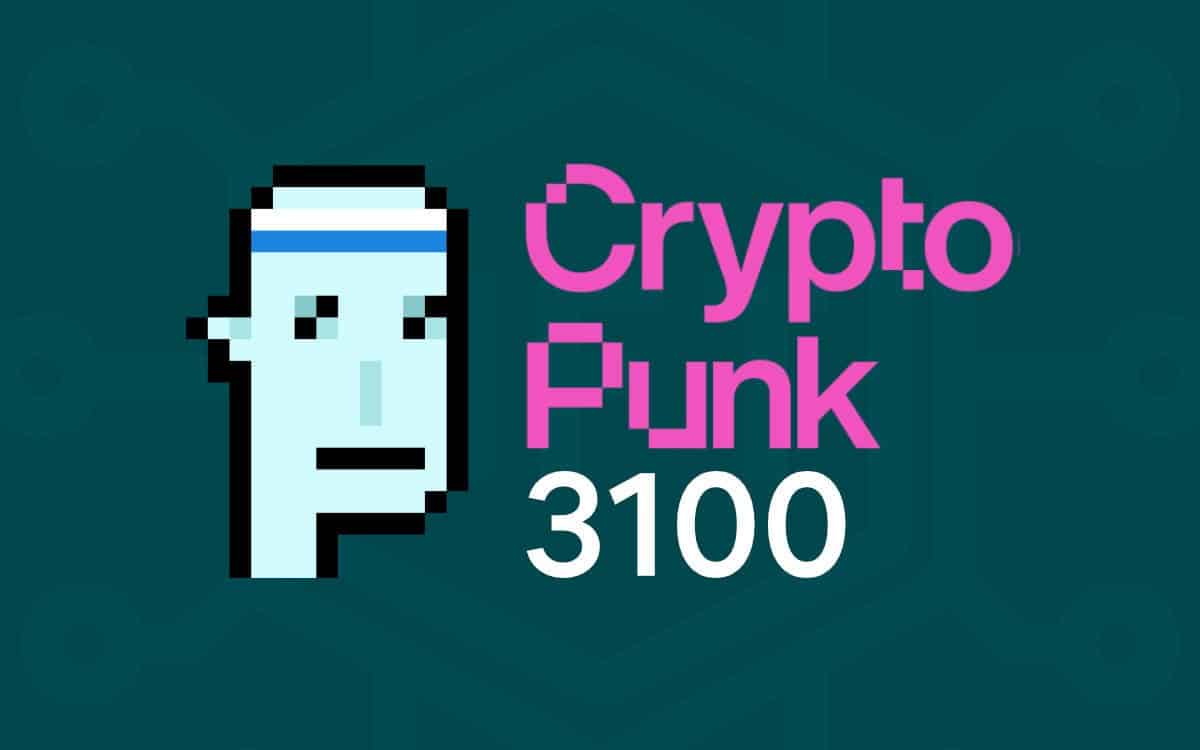