NFT Traits Strategy: Everything You Need to Know in 2022

Are you trying to figure out the best NFT traits strategy for your next project?

Perhaps you’re overwhelmed by what all these different NFT projects are doing and don’t know where to start?

Well, no need to worry, because we’ve had a closer look at a wide array of projects and put together a quick guide that will help you navigate the space.

In this article, you’ll learn how to use NFT traits to craft an excellent rarity strategy for your next NFT project.

Let’s check them out.

For detailed guidance on how to create a successful NFT trait strategy, PLEASE READ THE FULL ARTICLE.

NFT Traits Strategy: Everything You Need to Know in 2022
Here’s the answer. Great article by @ChrisHeidorn from @Tokenized_HQ here: https://tokenizedhq.com/nft-traits/

NFT traits are the building blocks of so-called PFP projects in the category of NFT collectibles. One of the most iconic PFP projects of all time is the Bored Ape Yacht Club. Each Bored Ape consists of up to 7 different body parts and other accessories. Each one of these parts is referred to as an NFT trait.

If you’re considering launching your own NFT project then chances are you already know what NFT traits are.

In fact, I’d be willing to bet that you’re actually just looking for an NFT traits list that comes with a bunch of NFT traits ideas and examples.

Nevertheless, let’s quickly rehash what different types of NFT traits exist and why they are relevant.

Traits are the secret sauce to PFP projects and they are what determines whether a particular NFT is considered rare or sought-after.

What Are NFT Trait Groups?

NFT trait groups are the highest-level categories of traits. They represent the different building blocks that eventually make up the final PFP character. Each NFT trait group contains one or more sub-traits which varying levels of occurrence.

When you look at a Bored Ape, what you’re seeing is the end result after combining various different NFT traits.

You see, a PFP character is essentially just a digital version of a Build-a-Bear.

The Bored Ape NFT consists of various pieces, including a background, various body parts, and accessories.

Here are the 7 trait groups of the Bored Ape Yacht Club:

The trait groups themselves are not necessarily unique (although they can be).

However, within each of those NFT traits groups, there are several sub-traits and those come with varying degrees of rarity.

When you look at each of the trait groups and open them up, you’ll see a long list of so-called sub-traits.

Each one comes with a specific number on the right-hand side.

This number represents how often this particular sub-trait is used within the collection.

The lower the number, the rarer a specific trait is.

However, while they have objective rarity (by numbers), certain sub-traits are more popular than others, even though they might not be the rarest.

So you have 2 different types of supply and demand going on here.

Anyway, if you layer different sub-traits from each NFT traits group on top of each other, you eventually get a complete Bored Ape.

This is how PFP characters are constructed.

Do you have to do it the exact same way they did?

Actually, taking such an uninspired approach is definitely wrong.

So let’s look at some of our recommendations for a successful NFT rarity and trait strategy.

How to Create A Successful NFT Trait Strategy

Creating your own PFP project has become considerably easier over the past year thanks to various tools such as NFT generators and many projects paving the way for newcomers.

Unfortunately, this also leads to lots of copying and far less original ideas.

Haste and greed lead them to simply copy the basic properties of a successful project.

Instead, you should be investing a lot more time into your NFT traits strategy.

Creating something original, something innovative is the cornerstone of long-term success.

However, we understand that not everyone is necessarily creative and many people long for advice.

That’s why we’ve put together this list of recommendations.

1. How Many Trait Groups?

Your trait groups are the foundational building blocks of your PFP project.

Their purpose is to help you structure all the unique traits that you will create.

While technically there’s no limit to what you can do and you definitely shouldn’t overdo it, we do recommend having a minimum of 7 trait groups.

Having a decent number of these categories will allow you to create a collection that’s diverse and visually exciting.

Your trait groups help you organize but the sub-traits are what make an NFT collection exciting.

NFT collectors tend to get attached to certain types of sub-traits, either because they associate them with things in their personal life or because just think they look cool.

These hyper-individualistic elements are one of the root causes for why PFP projects have become so popular.

Creating sub-traits can be a lot of work, but they are crucial.

Most sources recommend that you make at least 150 sub-traits, but also avoid going overboard.

Too many sub-traits can also overwhelm collectors and become confusing.

Creating a lot of exciting and sought-after traits is important, but make sure you don’t forget the math behind it.

It is absolutely paramount that you create an uneven distribution of your sub-traits.

That means you need to define which NFT traits will be particularly rare.

Well, any trait that is used in less than 1% of the entire collection is generally considered ultra-rare.

For example, in most collections “laser eyes” are amongst the rarest NFT traits.

Well, that’s crypto culture for you! 😉

NFT rarity might be a numbers game, but it’s undeniable that the artwork plays an important role as well.

Try to avoid creating NFT traits that are too subtle or barely visible.

Not only because it might be unclear what the trait is but also because collectors like to flex things that others can see.

If the NFT traits are barely recognizable, it might seem “mysterious” to you, but chances are the public doesn’t really care.

You may have noticed that most successful NFT collections have a number of NFTs in the top 100 that don’t look like any other NFT.

These ultra-rare traits are usually referred to as “legendary” or “one-of-one” because they weren’t constructed from sub-traits.

Instead, they are effective unique pieces of art that were created in the specific style of the collection.

They usually have NFT traits that only exist once (!) in the entire collection.

You should implement legendary traits but you should try to limit them to 10 NFTs in order to maintain exclusivity.

How Many Traits Should an NFT Have?

The ideal number of traits may vary depending on the overall size of your NFT collection. However, based on a standard supply of 10,000 NFTs, it should have at least 7 trait groups, 150 sub-traits, 1% rare traits, and no more than 10 One-of-One traits.

Generally speaking, there aren’t any real limits to what you can do with your NFT collection.

That being said, if you’re going to launch a PFP project then we do recommend you stick to concepts that have been tried and tested.

That last thing you want to do is invest significantly more time and energy into something that the market won’t recognize, let alone reward.

Based on the past success of various blue-chip projects, we recommend you focus on the following rough guidelines (assuming 10k supply):

How to Check NFT Traits

If all of this information is still a bit overwhelming, we recommend you have a closer look at some of the most popular NFT collections out there.

We put together a nice little guide on the rarity tools NFT investors usually use to analyze the rarity of various NFT traits in a collection.

They are an excellent way to get a quick overview of what the most sought-after traits are and they also come with tons of other features as well.

Feel free to check out any of these free NFT analytics tools:

Building your own NFT project is a huge task that shouldn’t be taken lightly.

While it’s easy to just copy another PFP project and use them as a template, it’s worth investing time into creating something more original.

Standing out from the crowd requires a lot more than it did 12 months ago, so make sure you are willing to invest it. 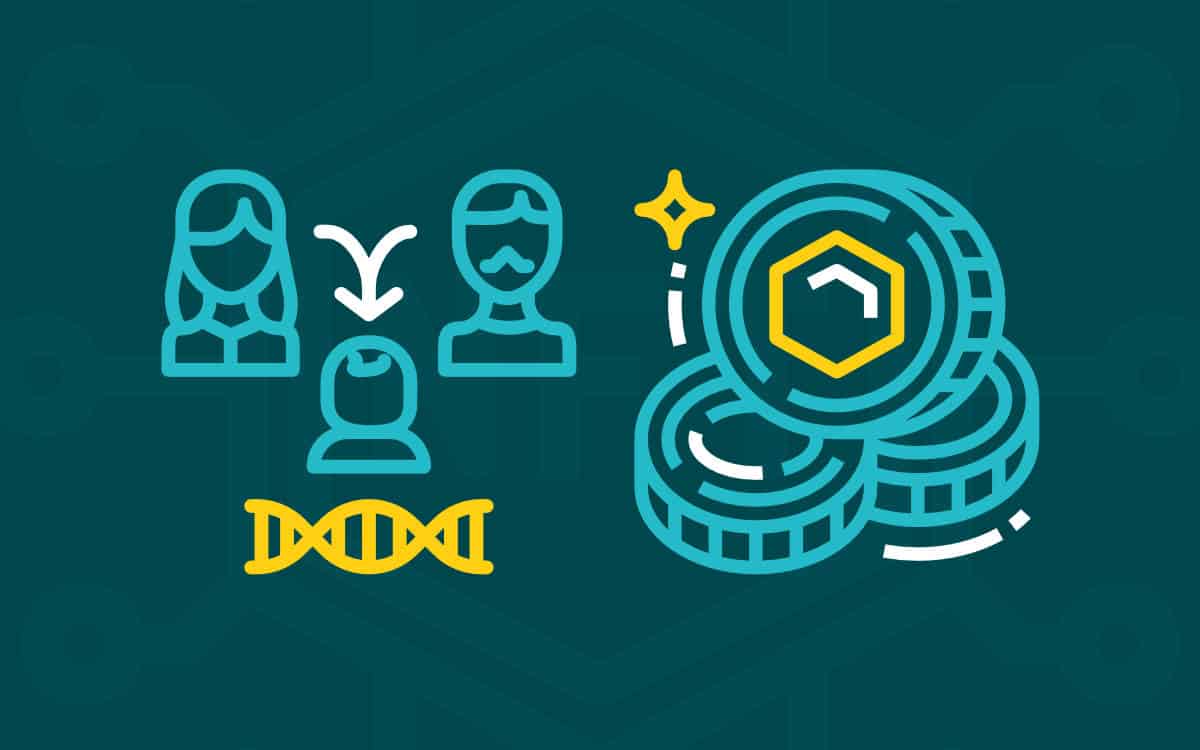