STEPN Realm 3 to Launch on Ethereum with BAYC?

Are you looking for details on the new STEPN Realm 3 on Ethereum?

There was tons of speculation on what the upcoming “Ape” announcement of the STEPN team would be.

Well, now we know what it is, but I personally think this is only half the truth. I think there’s more to this than STEPN and Bored Ape Yacht Club are willing to admit.

In this quick overview, you’ll learn about STEPN’s 3rd Realm, what it means for holders and what I think the missing piece to the puzzle is.

For a detailed analysis of what the BAYC x STEPN partnership means, PLEASE READ THE FULL ARTICLE.

STEPN Realm 3 to Launch on Ethereum with BAYC?
Here’s the answer. Great article by @ChrisHeidorn from @Tokenized_HQ here: https://tokenizedhq.com/stepn-realm-3-ethereum-bored-ape-yacht-club/

STEPN is the leading blockchain-based Move-to-Earn game in the world with nearly 1 million daily active users. STEPN incentivizes users to be more active by providing a gamified experience and rewarding users with tokens.

If you’re into crypto but don’t know what STEPN is, then you’re either completely out of touch with consumers or have been living under a rock for the past few months.

STEPN is by far the best-known project in the Move-to-Earn landscape.

STEPN blends the virtual world with the real world and incentivizes users to live a healthier lifestyle by rewarding them with tokens.

It’s a relatively complex and evolving game system that uses so-called “Sneaker NFTs” as a ticket into the game.

If you’re keen to know more, check out our guide on how to play STEPN.

STEPN Realm 3: What Does That Mean?

STEPN currently has 2 Realms, one for each blockchain it runs on (Binance Smart Chain and Solana). Realm 3 will be built within the Ethereum ecosystem, providing a huge on-ramp for millions of new users.

STEPN’s tokenomics rely on a system of 2 separate tokens.

The project’s primary governance token is GMT with a fixed supply of 600 billion tokens, of which 10% are currently in circulation.

GST is the game’s utility token which most users earn while playing.

GST is usually spent at various different points in the game, including but not limited to upgrading your sneaker NFTs.

If you check CoinMarketCap, you’ll notice that there are 2 different GST pages.

This is because users are actually isolated into 2 separate blockchains, which STEPN calls “Realms”.

So you’ll have one community of users who “live” within the Realm of Binance Smart Chain and the other community is in the Solana Realm.

The key thing to understand here is that they don’t really interact with each other via the game.

The rules are all the same but the players are separated into 2 different pools and the economics of GST don’t have to be the same in both of them.

Everyone’s playing football, but they are in different leagues.

On July 1st, 2022, STEPN announced that they are building STEPN Realm 3 on Ethereum, suggesting that they might be working closely with Bored Ape Yacht Club.

That’s right, soon there will be an entirely new wave of Ethereum STEPN players.

We’re not entirely sure whether STEPN Realm 3 will literally run on the Ethereum main net or rather via a scaling solution, but we address that issue further down in this article.

Yuga Labs also hasn’t confirmed that it is in fact an official collaboration.

Instead, it seems like it’s more of a “whitelist” opportunity for BAYC holders and STEPN is trying to create some hype by insinuating a partnership.

We believe that it is likely that STEPN’s and BAYC’s original plan was to launch STEPN Realm 3 on top of ApeCoin, but with its own chain. However, since the BAYC community voted to remain within the Ethereum ecosystem, this is no longer in the cards.

WARNING: Much of this is speculation!

Ok, so I think we all agree that Ethereum in its current state is probably one of the worst places to set up a new STEPN Realm.

Gas fees are simply too high and no one really knows whether it will get any better after it switches to Proof-of-Stake.

So the only way to build Realm 3 on top of Ethereum is to use a sidechain (like Ronin from Axie Infinity), rollups (like Arbitrum or Optimism), or other scaling solutions like Polygon.

Remember how BAYC had hinted that they might want to build their own chain?

What if the original idea was to literally launch STEPN Realm 3 on a completely new ApeCoin sidechain?

BAYC holders didn’t like the idea and instead took it to a vote and decided to remain inside the existing Ethereum ecosystem.

ApeCoin was VERY quick to approach the Polygon team and agree to integrate with them only a few days later.

I honestly believe it’s not outlandish to think that they had planned for ApeCoin to be a separate chain all along and already had deals in place with STEPN.

They simply didn’t expect so much backlash from their holders and were in a rush to find solutions.

Therefore I think it’s very likely that we will see STEPN’s new Realm 3 be built on top of Polygon.

I guess time will tell.

What Does the OG APE Sneaker Drop Include?

We’re not going to go into all of the nitty-gritty details here simply because the official announcement is much more detailed.

But let us at least give you a give summary.

Holders of a STEPN Genesis Sneaker will be eligible to receive the following OG APE Shoebox drops:

If you have no clue what a STEPN Genesis Sneaker is, check out the Whitepaper.

Holders of BAYC NFTs will also have a chance to mint an OG APE Shoebox for free on STEPN’s website from July 7th.

Bringing STEPN into the Ethereum ecosystem is crucial for their ongoing growth and adoption, however, gas fees are simply too high for games.

We believe an ApeCoin sidechain was originally supposed to fill that gap but the BAYC community ultimately tore down the idea.

The logical compromise is to move everything to an existing scaling solution like Polygon. 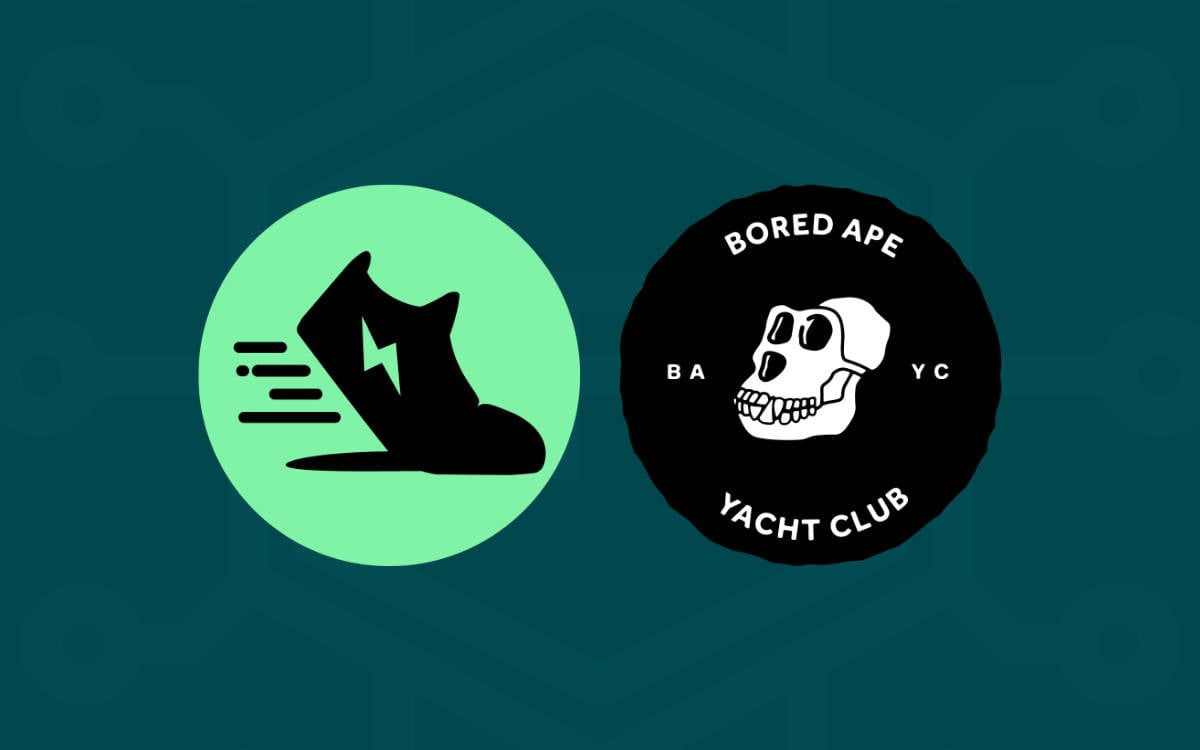