Explained: What are STEPN Realms?

Are you wondering what exactly a STEPN Realm is?

Perhaps you’ve recently heard that STEPN is planning on launching a 3rd Realm on top of the Ethereum blockchain but you don’t really know what that means?

Well, don’t worry, because you’re not alone and that’s why we’ve prepared this quick article to help you understand what exactly is happening and what STEPN has planned.

In this guide, you’ll learn what a STEPN Realm is, why it should matter to you and what you can expect in the future.

For a detailed analysis of what STEPN Realms are and how they work, PLEASE READ THE FULL ARTICLE.

Explained: What are STEPN Realms?
Here’s the answer. Great article by @ChrisHeidorn from @Tokenized_HQ here: https://tokenizedhq.com/stepn-realm/

What is STEPN’s Newest Realm 3?

On July 1st, 2022, STEPN announced that it plans to launch its Realm 3 on top of the Ethereum blockchain and combined it with a special “APE Sneaker” drop.

Most likely you ended up here because you heard about the recent “Ape” announcement from STEPN.

If you did not, then let me quickly explain.

In early July 2022, STEPN announced that they are launching a 3rd STEPN Realm and that it will run on top of Ethereum.

The marketing strategy involved a lot of imagery of apes as well as the word “Ape” which suggested that they’re officially collaborating with Bored Ape Yacht Club.

However, when the announcement was finally made, it wasn’t entirely clear whether there really is an official STEPN BAYC collaboration or not.

In fact, statements from the BAYC team seem to confirm that there is no official partnership and it’s simply a Whitelist for holders of Bored Apes.

Anyway, the new STEPN Realm is set to launch on Ethereum.

But you’re probably wondering what that even means.

What Is a STEPN Realm?

Within the STEPN ecosystem, a Realm is a forked version of the game that is hosted on a separate blockchain. Even though everyone plays the same game, each Realm is an isolated gaming economy. While utility tokens cannot be shared between Realms, governance tokens have an influence on all Realms.

Based on the official documentation from STEPN‘s Whitepaper, a Realm is effectively a separate server that hosts a fork (i.e. a modifiable copy) of the STEPN game.

Kind of like there are many different Discord servers and even though the platform is always the same, the contents can differ quite a bit.

Every user plays the same game, but each STEPN Realm is siloed off into its own world.

You can create a new Realm on top of any other Layer 1 blockchain or on STEPN’s own blockchain.

Every single STEPN Realm has its own separate economy with assets that remain within the Realm.

So while the same player may choose to play within many different Realms, their gameplay history remains separate as well.

There are a few exceptions to this rule, however, they have limitations.

Energy can be shared across different STEPN Realms to a certain extent and we’ve covered this in our STEPN Energy guide in more detail.

Players can also bridge any GMT (STEPN’s governance token) across different Realms, simply because there is only one global GMT token contract.

However, GST earned within a particular STEPN Realm cannot be bridged to another because the economics of the utility tokens may differ quite a bit between Realms.

How Many Realms Does STEPN Have?

STEPN currently has 2 Realms that are up and running: The Solana Realm and the Binance Chain Realm. STEPN’s 3rd Realm is scheduled to launch soon and will be within the Ethereum ecosystem.

If you’ve been playing STEPN for a while then you already know that STEPN runs on top of the Solana and Binance Smart Chain blockchains.

Each one represents its own STEPN Realm, which different GST economics.

So currently STEPN has 2 working Realms:

And the newest announcement means that Realm 3 will be built on top of Ethereum.

Now, we all know that Ethereum has gas fees that are way too high for it to be viable for gameplay.

However, we suspect that STEPN will probably use one of the many existing Ethereum scaling solutions rather than actually building it directly on the Ethereum blockchain.

Our personal bet is that Polygon will be the platform of choice.

Why Is STEPN Creating New Realms?

Launching new Realms allows STEPN to grow its user base more quickly. It also helps demonstrate that STEPN’s gaming ecosystem can act as a platform for other companies. Gaming-as-a-Service is a potential revenue stream that STEPN stands to benefit from.

Now, you might be wondering why STEPN is creating all the new Realms in the first place.

And to be honest, there are many players out there who are very upset that they are expanding the user base rather than addressing the game’s underlying problems.

Some people are even calling it a “cash grab” because, in order to play in a new STEPN Realm, you first need to purchase new sneakers.

Although we can see where critics are coming from, we do believe that the truth is far more complex.

First of all, blockchains are very sticky pieces of infrastructure.

In crypto, it’s much easier to expand your user base by opening it up to other established blockchains than to convince people to start using a new blockchain altogether.

Also, if you dig deeper into the whitepaper, you’ll see that it mentions that ecosystem partners can launch their own Realm and customize various elements of the game.

So, for example, Nike could decide to launch its own “Nike Realm” with visuals that fit its brand, including a utility token called “Flying Nike Token”.

Why would a company like Nike want to do that?

Well, it gives them an easy way to enter the Move-to-Earn space without the hassle of having to develop their own game.

Furthermore, the partner gets a share of the royalty fees, which means it has the potential to become an instant revenue stream.

From what we can tell, STEPN is trying to become a platform on top of which dozens, if not hundreds of partners can create their own Realms.

It’s almost like STEPN is building a “Move-to-Earn-as-a-Service” product.

“MtEaaS” is a really horrible abbreviation. So maybe “STEPNSaaS” is more appropriate?

After launching on Solana and Binance Chain, STEPN is now aiming to launch on the biggest ecosystem there is: And that is Ethereum.

STEPN Realm 3 will be built on top of Ethereum, however, we suspect they will use a scaling solution such as Polygon to do so.

No one knows how many more Realms they want to launch, but it sure looks like there is no end in sight. 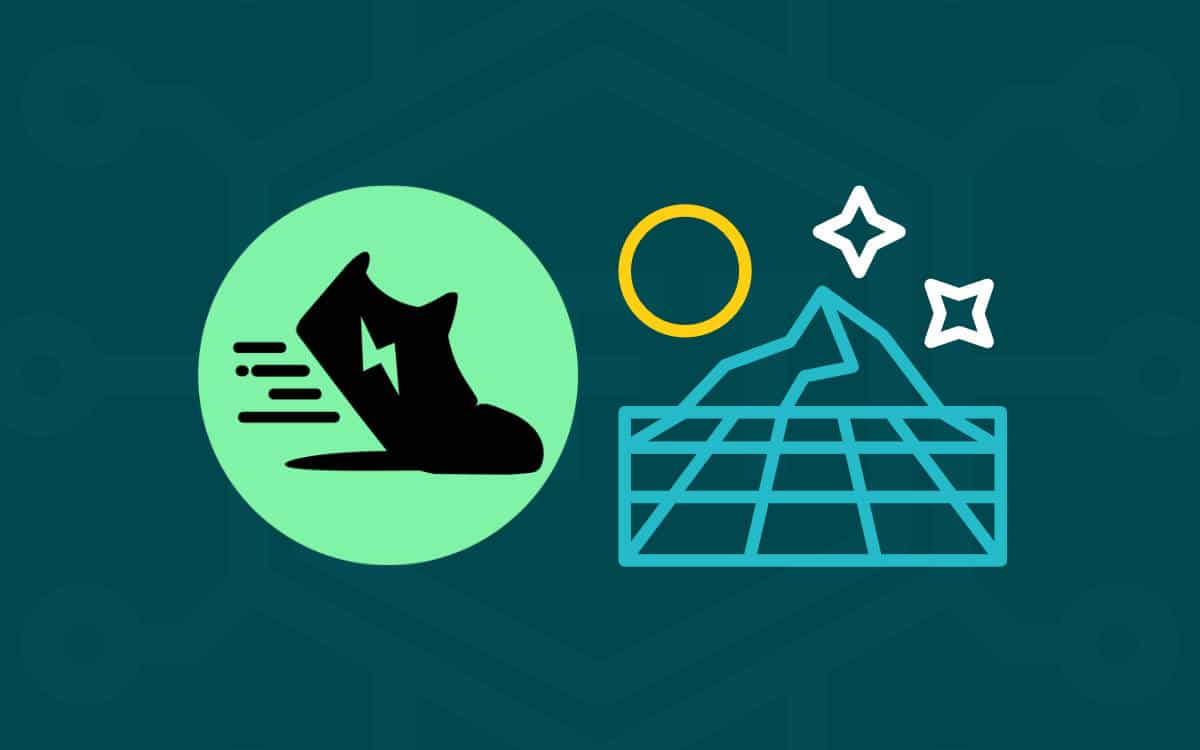