Need some good vegan hashtags for a photo of a plant-based meal?

Perhaps you’re an aspiring Influencer in the vegan food scene and want to know what the best vegan hashtags are?

Well, you’re not alone because millions of people are constantly trying to figure out how to get the most out of their social media content by using popular hashtags.

In this guide, you’ll learn how to focus your efforts on vegan hashtags that are not oversaturated and have considerably more impact than others.

For a complete list of all 50+ plant based hashtags and their impact score, PLEASE READ THE FULL ARTICLE.

What Hashtags Should You Use for Vegan Food?

Fans of vegan food lovers obviously want to highlight the fact that they are eating vegan food. Nevertheless, your primary focus should be on hashtags that actually describe what you are posting and are therefore guaranteed to be relevant to your content.

One of the biggest problems of content creators on social media is that they have a false perception of what works and what does not.

I know it’s tempting to look at the biggest Instagram or TikTok accounts for the Vegan niche and what hashtags they use.

But if you’re just starting out or only have a mid-sized following, then you really should not be using them as a guiding reference.

You probably noticed that the big accounts are all using the same super-popular Vegan food hashtags and it seems to be working for them.

But here’s the problem: The only reason this strategy works for them is that they already have a huge following with tons of engagement.

It’s comparatively easier for them to make it into the top spots of the most popular hashtags for vegan food.

Instead, what you should be doing is focusing on adding hashtags that are contextual to the content or the time at which they are being posted.

For example, if you’re posting something as part of your Veganuary routine, then it’s a good idea to add Veganuary hashtags to your post.

Popular hashtags might seem cool, and they are, but the best Vegan hashtags are those that actually describe what is in the picture.

But guess what: Less competition also means that you stand a higher chance of getting noticed!

How to Benefit from Low Competition Vegan Hashtags

By focusing on hashtags that have a decent amount of search volume but far less competition, you dramatically increase your chances of getting people’s attention. The important thing is that you actually create content that is relevant to the hashtag or vice versa.

Here at Tokenized, we take a slightly different approach to hashtags for social media platforms.

And it doesn’t matter whether it’s hashtags for Instagram Reels or specific TikTok hashtags.

We always look at how often a hashtag is being used (i.e. how high is the competition) and how often it is being searched (i.e. what is the market potential).

If you take those 2 metrics and look at their ratio, you can derive a certain likelihood that they will generate exposure for you.

A vegan food hashtag with millions of searches sounds really great, but it’s worthless if it’s being used by millions of other accounts.

A simple but descriptive hashtag like #VeganPizzaGram might not have tons of search volume but since there is a lot less competition, you’ll probably stand a better chance of getting a reaction.

We call this ratio the “Impact Score” of a hashtag.

A high impact score doesn’t guarantee success but it is a good indicator of how likely you are to get noticed if your content matches the hashtag.

There are tons of websites out there that give you endless lists of hashtags for just about any niche.

No matter what it is, there’s always a hashtag Vegan food lovers will react to because it’s contextual to their situation.

Our objective is to not only provide you with a list of hashtags for Vegan food but also enhance it with tons of valuable data.

We give you the number of posts that have used a given hashtag, the amount of search volume it gets, the last 12-month trend, and of course, our famous “Impact Score”.

Despite everything we just said above, you might just want to have a simple, generic block of Vegan hashtags that you can copy and paste.

Breakfast hashtags for vegans obviously need to be a bit different from regular hashtags that you would use for your breakfast-related content.

Although you probably have a very clear idea of what sort of hashtags you find appealing as a vegan, you might want to throw your preconceptions out the window.

The only thing you should be focussing on is picking vegan hashtags that actually speak to your audience and give them what they want. 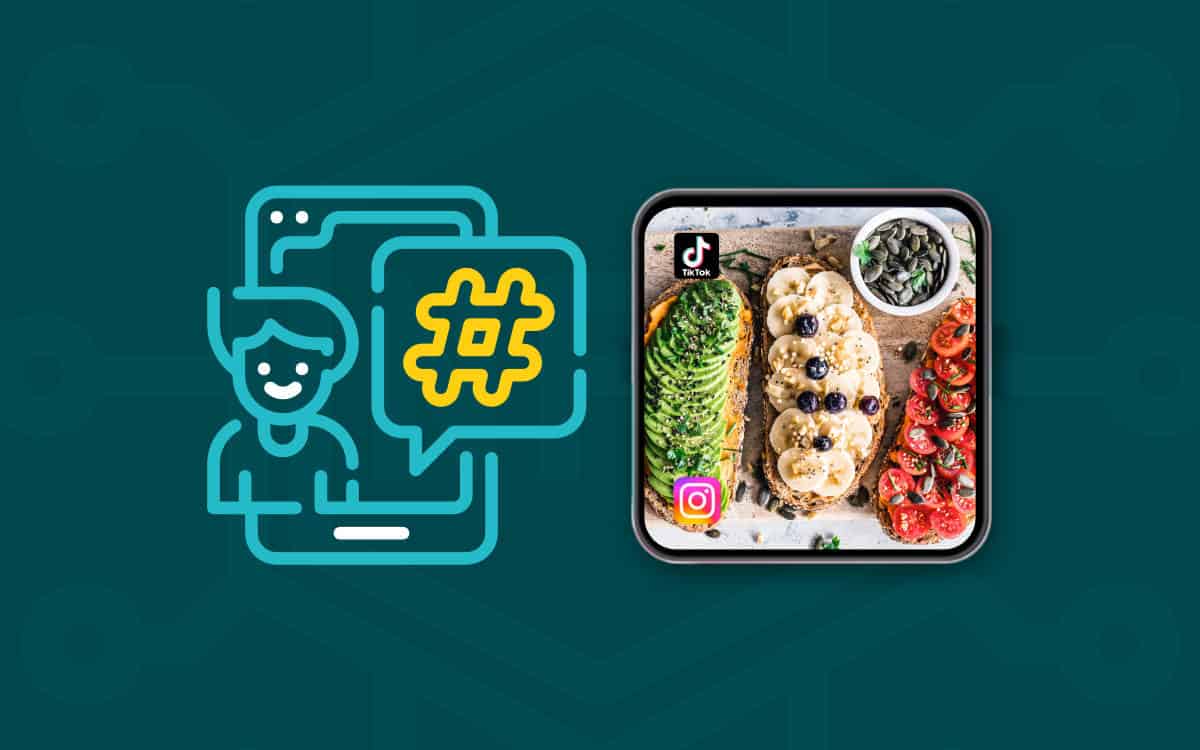