How to Find the Real Stable Diffusion Online

Although Stable Diffusion is open-source and therefore free, not everyone is skilled enough or wants to go through the complicated process of installing it locally.

Unfortunately, the internet is littered with tons of low-quality implementations of Stable Diffusion, making it difficult for new users to find Stability AI’s official web app.

In this guide, we’ll show you how to find the official Stable Diffusion online generator as well as a list of other viable alternatives.

How to Find the Real Stable Diffusion Online
Here’s the answer. Great article by @ChrisHeidorn from @Tokenized_HQ here: https://tokenizedhq.com/stable-diffusion-online/

How to Find the Official Stable Diffusion Online Generator

Most of the proprietary AI art options in the market (e.g. Midjourney or DALL-E) are developed and marketed by a single company.

This is the model that we are used to and it usually makes it relatively easy to find their online web app or whatever type of interface they’ve chosen to use.

DALL-E has a full-blown web application, while Midjourney uses a Discord bot to achieve more or less the same result.

With Stable Diffusion, however, things are a bit more complicated.

First of all, the open-source nature of Stable Diffusion means that anyone can take the code and build their own implementation of the software.

Some people choose to run it locally on their computer, while others build simple web apps, and others build desktop or mobile applications.

While open-source is a great model, it creates a fragmented ecosystem that can be very confusing to a new user.

What makes matters worse is the fact that the leading company behind Stable Diffusion, Stability AI, doesn’t share the same name as the product.

Furthermore, their own website is inconsistent in its messaging, adding to the confusion.

And to top things off, even though they actually have an “official” web application that is really great, its name does not suggest any direct affiliation to Stable Diffusion.

Seriously, what a mess!

This leads to a situation where most of the general public interested in AI seems to know that Stable Diffusion exists, but only the tech-savvy truly understand how to get access to it.

Casual visitors will ultimately end up on one of the very limited Stable Diffusion demo sites or, even worse, paid alternatives that add little to no value to them.

And that’s a pity because the most official Stable Diffusion online generator that you can find is actually really useful and can compete with the big boys.

Stability AI’s in-house web application is called DreamStudio and it implements the full spectrum of features that Stable Diffusion has to offer.

It is suitable for both beginners and advanced users, providing them with an intuitive browser-based interface that most users have grown accustomed to.

Their pricing model is similar to that of DALL-E and new users receive 200 free credits upon signing up.

So before passing judgment on whether you like Stable Diffusion or not, make sure you’ve actually tested the real deal and give DreamStudio a shot.

Other Online Versions of Stable Diffusion

Of course, it’s entirely possible that you’re not interested in a more advanced version of Stable Diffusion.

Maybe you just want to play around with Stable Diffusion a little bit or you’re trying to generate some funny images for your next meme.

In that case, most of the Stable Diffusion online generators you can find throughout the web will serve their purpose.

That being said, here are some decent alternatives to DreamStudio that implement Stable Diffusion online.

NightCafé is an online community of AI art fans on a mission to democratize art creation.

It offers an array of online art tools that enable anyone, regardless of skill level, to participate in the creation of AI-generated artwork.

One of its many tools is a Stable Diffusion Image Generator.

Its text-to-image art generator runs Stable Diffusion v1.5 and generates a single image based on your text prompt.

Some additional features allow you to change the aspect ratio or set a seed value, but it’s still very limited.

It does, however, offer a neat Image-to-Image generator, which most of the free Stable Diffusion online generators do not have.

The number one result that you’ll find on Google when you search for “stable diffusion online” is a site called Stable Diffusion Online.

Despite the clever marketing and professional look of its homepage, it’s effectively nothing more than an embedded version of Runway ML’s Stable Diffusion demo on HuggingFace.

It is unclear what the creators of the site have planned but all the traffic they are getting is certainly a good starting point for building a paid tool on top of it.

To be honest, I’ve listed it here just for your information.

I do not necessarily recommend using the site because it does seem a bit dodgy.

Before we close off this guide, let’s quickly address some of the most common questions related to Stable Diffusion online generators.

As you may have noticed, the Stable Diffusion ecosystem is quite fragmented and even downright confusing for many people.

While it’s technically free, installing it yourself can be confusing and many of the online options are severely limited.

The only product that comes close to what you may be used to from DALL-E is Stability AI’s DreamStudio. 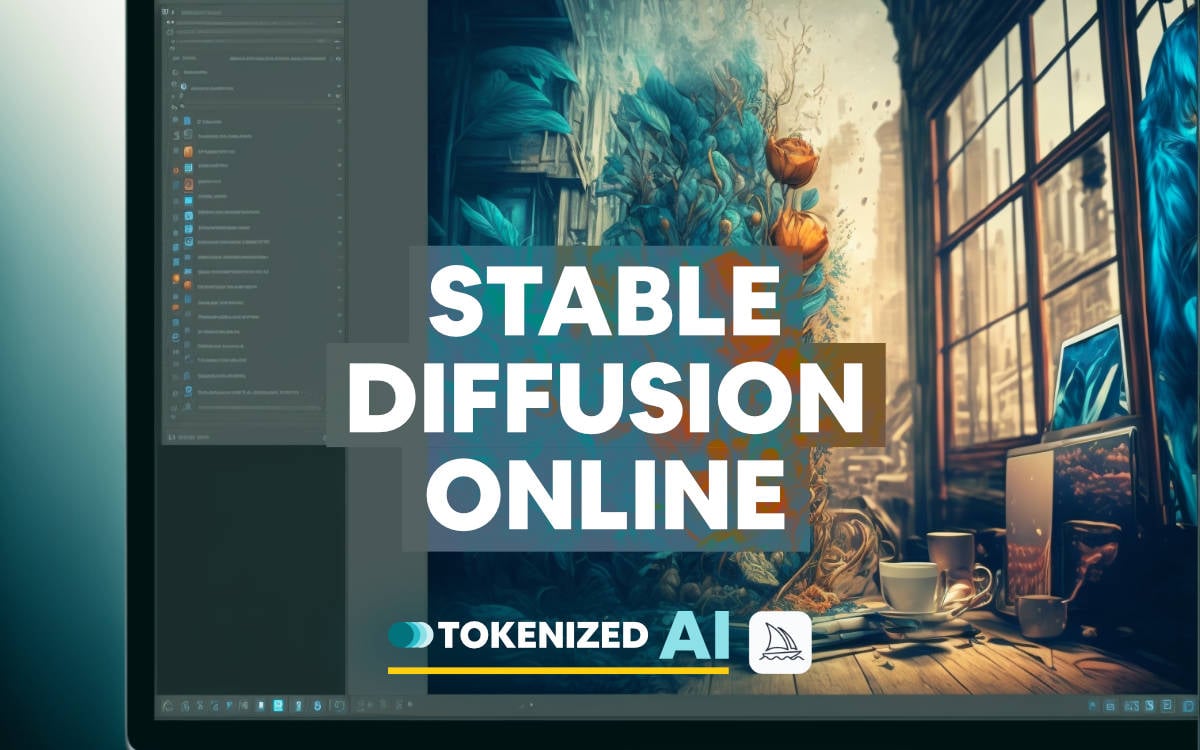