Are you looking for a hosted Stable Diffusion demo?

It almost seems like new AI models are hitting the market every single day and it’s safe to say that the open-source release of Stable Diffusion is one of the reasons for this.

But despite your preference for market leaders like Midjourney and DALL-E, you probably at least want to give Stable Diffusion a chance.

In this guide, we’ll introduce you to the top 5 Stable Diffusion demo sites that will offer you a glimpse of what it’s capable of.

It’s only been a few months since Stable Diffusion was introduced to the world and it’s already gained massive popularity.

This isn’t surprising given the fact that it’s been released under an open-source license which is an absolute dream come true to many developers out there.

However, it also means that the current state of the Stable Diffusion ecosystem is very fragmented and in a state of constant flux.

The rapid rate at which new versions of the AI model have been released has only added to this problem.

Although developers stand to gain the most from Stable Diffusion’s open-source approach, less tech-savvy users will also want to experiment with it.

But unfortunately, the disorganized nature of its ecosystem is a serious entry barrier to many people.

The complete lack of a holistic branding strategy has made it surprisingly difficult to ascertain who is running the show.

It also makes it nearly impossible for casual users to easily identify a primary location where they can find a Stable Diffusion demo.

Yes, there are many options out there.

However, your average user has no idea which version of Stable Diffusion they are running, nor does he know whether it’s for free.

We’ve gone through the trouble of compiling some of the top Stable Diffusion demo sites in an attempt to provide some guidance to those who simply feel overwhelmed.

If you’re not familiar with HuggingFace, let me give you a quick summary.

Although it’s not really the best analogy, I like to call it the GitHub of AI models.

The primary company behind Stable Diffusion, Stability AI, hosts a number of demo sites on HuggingFace.

In this particular case, it’s a Stable Diffusion demo site for version 2 of the AI model.

Replicate allows you to run AI models in the cloud, essentially offering a stripped-down version of what HuggingFace does.

Stability AI also hosts a Stable Diffusion demo via its own account, although this particular implementation showcases additional features.

We suspect that it is running v1.0 of the model, although we are not 100% certain.

Hotpot offers a wide array of smaller AI-related tool implementations on its website and among them is also an AI art generator.

Judging from the images we’ve seen, we believe they may be running a Stable Diffusion demo for v2.0.

Although this is a free demo service, Hotpot has integrated paid premium features that will let you generate images faster as well as much larger ones.

That being said, there’s really no reason to pay for their service, given that there are much better alternatives out there.

As you might imagine, Stability AI also hosts previous versions of Stable Diffusion on HuggingFace.

We’ve added the Stable Diffusion demo site for version 1 to this list, simply because we think it’s interesting for users to compare how the model improves over time.

Baseten’s business model is very similar to that of HuggingFace, so it’s no surprise that you’ll find Stable Diffusion hosted on their platform.

In this particular case, we’re not entirely sure which version of the model was installed, however, judging from the results and speed, we suspect it used version 1.0.

Before we close off this guide, let’s quickly address some of the most common questions related to Stable Diffusion demos.

The summer of 2022 truly sparked the internet’s curiosity for the capabilities of AI models in various areas, including artwork.

So it’s no surprise that tons of people are searching for ways to test out different AI art generators for free.

Luckily, the Stable Diffusion ecosystem is riddled with free demo sites that are hosted by companies and community members alike. 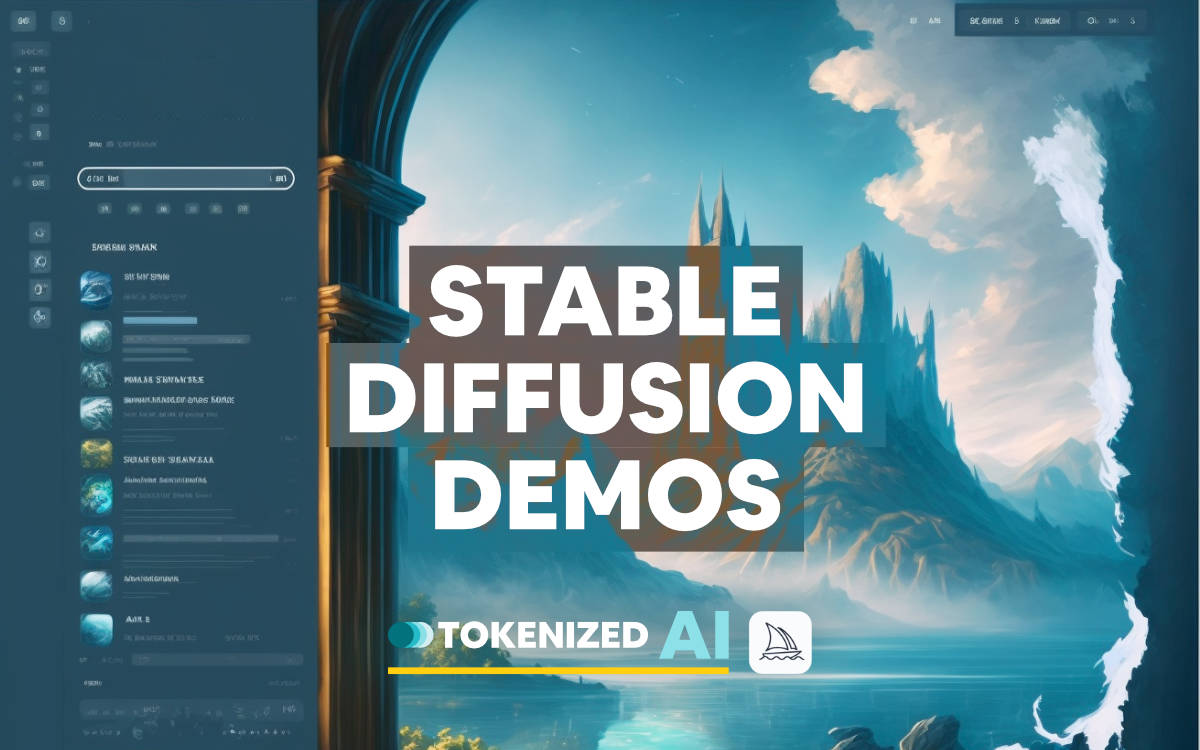