How to Install Stable Diffusion on macOS via AUTOMATIC1111

Trying to install and run Stable Diffusion locally on your Mac?

Maybe you recently tried setting up Invoke AI only to realize that it still doesn’t support Stable Diffusion 2.

Even though its UI isn’t as slick that the one from Invoke AI, you’ll be glad to hear that the installation process for the AUTOMATIC1111 is a lot more straightforward.

In this guide, we’ll show you step-by-step how to install Stable Diffusion on macOS using the AUTOMATIC1111 distro.

How to Install Stable Diffusion on macOS via AUTOMATIC1111
Here’s the answer. Great article by @ChrisHeidorn from @Tokenized_HQ here: https://tokenizedhq.com/how-to-install-stable-diffusion-macos-automatic1111/

Brief Overview of How to Install Stable Diffusion on macOS

I’m going to assume there are 3 potential ways that you found this guide.

Either you came here straight from Google or you read one of my other 2 guides on how to install Stable Diffusion on macOS.

I must admit that despite the fact that Invoke AI clearly has a more advanced and visually appealing user interface, its lack of support for Stable Diffusion 2 is pretty disappointing.

Add in the fact that its installation process is cumbersome, prone to errors, and can take quite a long time.

That’s why I’ve decided to create this write-up on how to install AUTOMATIC1111 as well.

It is the other incredibly popular WebUI for Stable Diffusion, with the added benefit of supporting v2 and also being much easier to install.

However, before we get into the nitty-gritty details, let’s make sure that you’ve got some pre-requirements covered.

Unlike Invoke AI, there aren’t multiple different ways of installing it.

To install AUTOMATIC1111 you really only have a single option: The command line interface.

So let’s get started.

At this point, I am going to assume that you are reasonably familiar with the command line and that you know what Git is and how it works (roughly!).

I’m also going to assume that you’ve checked the pre-requirements mentioned earlier in this guide.

Open the terminal window of your choice and simply enter the following command:

This will download the latest version of the repository on GitHub and create a local folder called “stable-diffusion-webui“.

Technically, you can do this in any folder but I recommend sticking to your home directory for now (~/).

Next, visit this page and download the Stable Diffusion models that you want to use.

The page also contains additional instructions on what you need to do, so please pay attention to those details.

Personally, I was only interested in Stable Diffusion 2, so here’s what I did.

You’re now ready to install AUTOMATIC1111 by first entering the folder via the command line:

And then you can simply run the main “webui.sh” script:

This will create a Python virtual environment and any missing dependencies will be automatically downloaded and installed.

This process may take a while, so please be patient.

When you run the “webui.sh” script for the first time, once it has finished installing all dependencies, it will automatically launch the local web server.

You can then access the AUTOMATIC1111 WebUI by opening the following link in your browser (your port may be different).

You’ll notice that the user interface isn’t as slick as what you may have seen with Invoke AI.

However, in the greater scheme of things, the layout is pretty unimportant.

Before we close off this guide, let’s quickly address some of the most common questions on how to install Stable Diffusion on macOS via AUTOMATIC1111.

Some wanted to install AUTOMATIC1111, while others were looking to get Invoke AI up and running.

While we love the Invoke AI interface, its lack of support for SD 2.0 and the cumbersome installation process is a pretty big turn-off and the primary reason why we currently recommend you install AUTOMATIC1111. 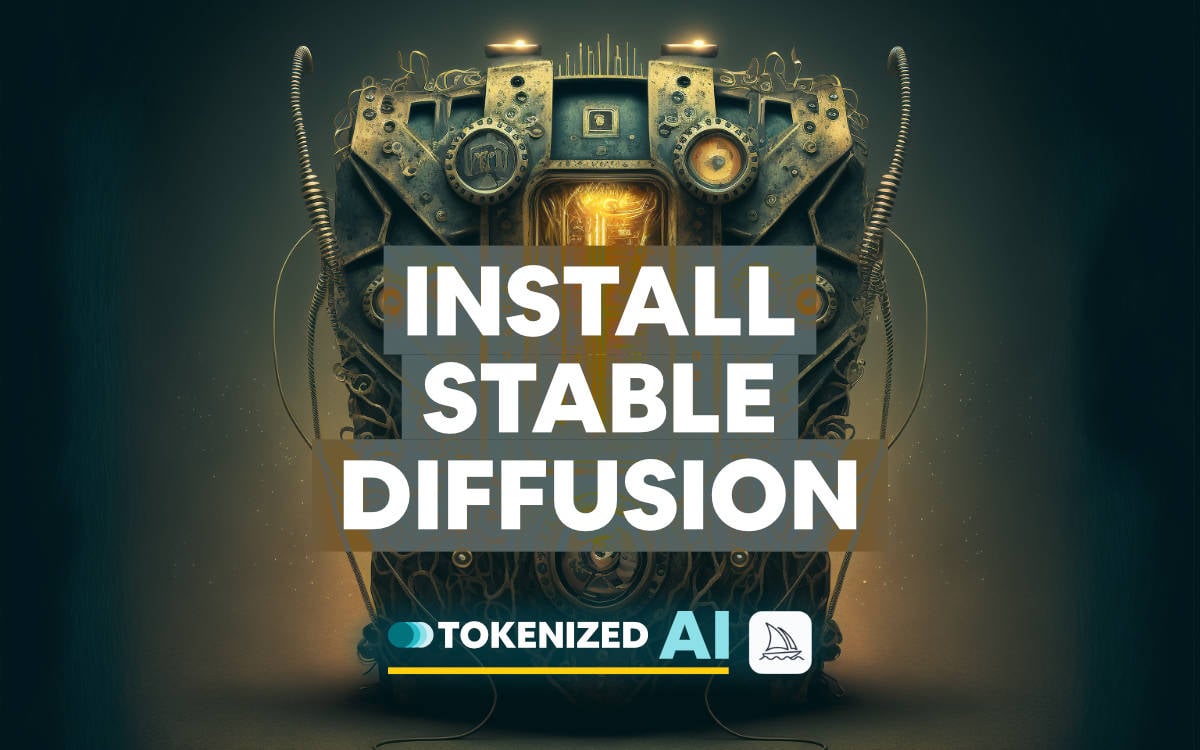