The Top 10 Blockchain Programming Languages in 2022

Do you want to know what programming language you need to get into Web3?

Perhaps you’ve decided that you want to join the new movement because you’ve realized that the future of tech is in blockchain and smart contracts.

Well, look no further, because we’ve done some digging and compiled a list of the most popular blockchain programming languages right now.

In this guide, you’ll learn which blockchain languages are among the top choices of software developers and engineers.

For a detailed overview of the most popular blockchain programming languages, PLEASE READ THE FULL ARTICLE.

People who are new to the blockchain world or generally have little understanding of software development usually get this wrong.

Ever since “Blockchain” became its own industry, non-technical people have begun to use it as an overarching name for everything that involves blockchains, even when in fact it does not.

At its very core, when a technical person refers to a blockchain, they mean the main protocol that runs the network.

So, for example, Bitcoin’s core protocol was written in C++, while the Ethereum Virtual Machine was built with Go, C++, Python, and Java.

Many newer blockchains (e.g. IOTA 2.0) have used relatively young, but also very secure programming languages such as Rust to build key parts of their protocol.

You see, the vast majority of the adoption in the blockchain space will come from companies that build on top of these platforms.

And for the most part, they will be using smart contracts to do so, which is also one of the reasons why Web3 Developer salaries are on the rise.

However, unlike the core protocols, smart contracts are usually written in entirely different programming languages.

The most obvious example of this is Ethereum, which mostly uses Solidity and to a lesser extent Vyper.

And Cardano has developed its own native smart contract language as well, written in Haskell.

For the purposes of this guide, we’re going to treat blockchain programming languages and smart contract languages as one big category.

But it’s important to understand these differences since you’ll most likely be looking for a particular use case and not both.

Before we go through our list of the most popular blockchain programming languages, please bear in mind that it is not an exhaustive reference.

Yes, there will be programming languages that are very popular and possibly even the “next big thing”.

However, it mostly depends on what segment of the industry you are looking at.

Let’s face it, most of the adoption in blockchain will not come from elitist and sometimes esoteric programming languages.

It will come from the programming languages that are already popular today which make it easy for developers to get onboarded.

Let’s have a look at the top 10 blockchain programming languages right now.

That’s right, the infamous C++ is still popular and it’s present across the entire tech industry in a big way.

The main reason why C++ is so popular for blockchain development is because of its wide range of capabilities and thus the flexibility it provides.

For example, Bitcoin’s core protocol was written in C++.

Go is a programming language that has gained considerable popularity in the last 5 years, most likely also due to its use in blockchains.

It’s a great solution for distributed ledger technology because it’s widely considered one of the fasted and most efficient blockchain programming languages out there.

It is particularly popular because it is not very complicated and can bed easily learned.

Rust is still fairly new to the blockchain ecosystem but it is already very popular due to its high level of security because it helps avoid dangerous flaws.

Rust also makes it incredibly easy to generate documentation, something most developers loathe.

Believe it or not, just like C++, Java is still around after so many years.

It’s widely considered one of the main competitors to C++ in terms of popularity and usefulness.

Java’s strongest point is the fact that it is a portable programming language that can be easily ported onto different platforms.

As we slowly move more toward smart contract programming languages, let’s start off with the king of the hill: Solidity.

Solidity was developed by the Ethereum Foundation and is the primary language used to write smart contracts that run on the Ethereum Virtual Machine.

It is often described as “esoteric” and somewhat strange compared to other established programming languages.

However, considering the sheer size of the Ethereum ecosystem, you can’t really go wrong with Solidity.

Vyper is a smart contract programming language derived from Python, which is why many say it is “Pythonic”.

In other words, it has a similar syntax as Python but has been stripped down quite a bit in terms of features in order to make it easier to write very simple code.

Although it is very easy to get started it is often cited as not being production safe for serious projects.

Python is particularly popular in app development, data science as well as IoT environments but it is now also entering the blockchain world.

It is widely used in dApps and smart contract development due to the strong set of features it has.

Yes, believe it or not, Javascript can be used in blockchain development.

The Node.js framework is the primary reason why Javascript has gained so much popularity in the past 10 years, as significantly lowered the bar for backend development.

Although we are not aware of any smart contract platforms that are compatible with Javascript, a lot of the peripheral work around blockchain and Web3 projects can be done in Javascript.

The Cardano blockchain, created by one of the original Ethereum co-founders Charles Hoskinson, developed its very own smart contract programming language.

Plutus, as it is called, was entirely written in Haskell.

The reason we list it here is mainly that the Cardano community is one of the biggest in the market.

Despite its criticisms, we believe Cardano will undoubtedly become a relevant blockchain provider.

We are going to finish off our list with another programming language that will seem familiar to many of you.

C# was originally conceived as a pure Microsoft language, however, it has since become very popular beyond Redmon and particularly in the blockchain industry.

One of its key benefits is that open-source developers can create portable code that will run across many different devices and operating systems.

Below you’ll find a list of 41 of the most popular cryptocurrency projects, including some of the domain blockchain programming languages used in their projects.

If you’re new to the blockchain world, we totally understand if you feel a bit overwhelmed and don’t really know where to start.

As a rule, we generally recommend that you pick a language that is either similar to one that you already know or that has a sizeable ecosystem.

The vast majority of new blockchain developers tend to dive head first into Solidity, simply because it is the most relevant smart contract programming language right now. 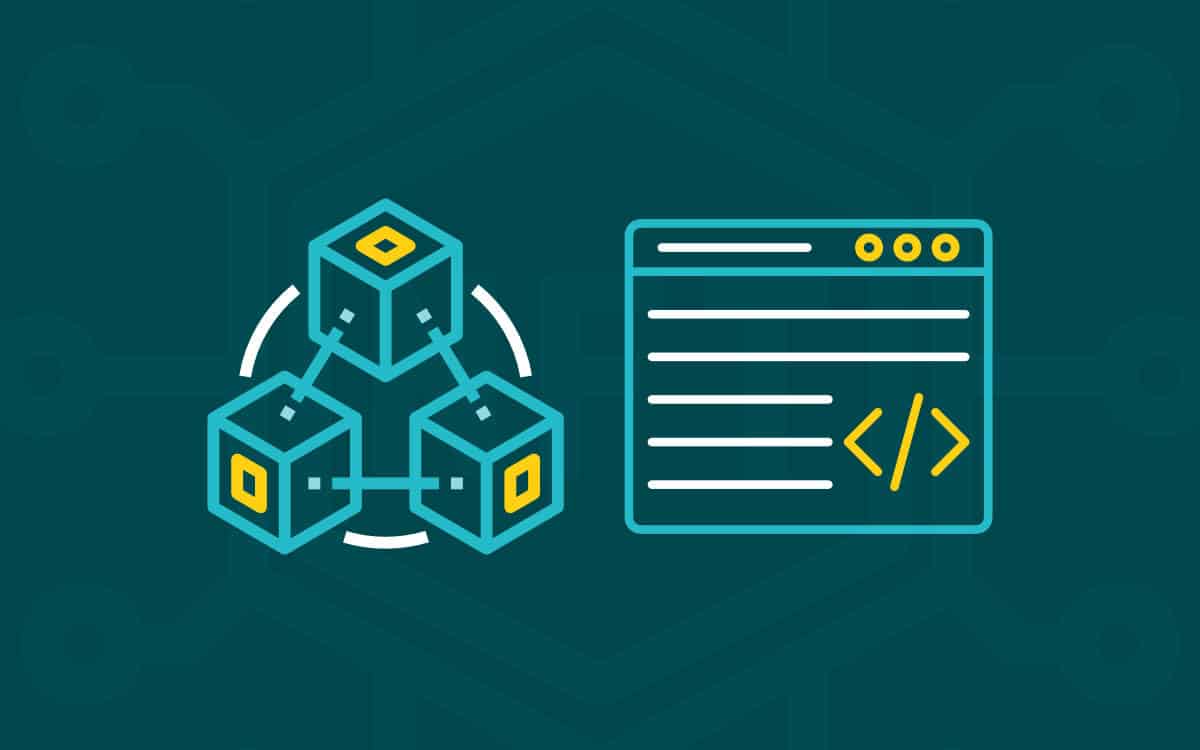