Looking for the best hashtags for restaurants, bars, and other food places?

Maybe you just opened your first restaurant and now you want to start promoting it on social media but don’t really know what hashtags you should use?

Well, you’ve come to the right place, because unlike many of the other sites out there, we’re going to tell you the bitter truth about using restaurant hashtags.

In this guide, you’ll learn why restaurants and bars not only need to use contextual hashtags but city-specific hashtags as well.

For a complete list of the top 50+ restaurant hashtags and their impact score, PLEASE READ THE FULL ARTICLE.

Which Hashtags Work Best for Restaurants and Bars?

Restaurants and bars are in the unique position of being able to leverage local hashtags that help tourists find a place to eat and drink. Do not underestimate how many people use social media to search for inspiration.

Most people who open a new restaurant or bar tend to look at the social media accounts of their competitors.

While this is a good strategy to get a feeling for what works for your competition, it’s not necessarily an indicator of what will work for you.

In fact, I’d argue that the vast majority of bar and restaurant owners are focusing on the wrong restaurant hashtags.

Most of the time they’ll simply pick the most popular hashtags they can find or the ones that they think are cool, funny, or clever.

And while it’s absolutely fine to add some of those to your posts, they should not be your focus.

Instead, you should be adding hashtags that are contextual to your content.

However, for the food and beverage market, you actually need to go one step further and think about what your objective is.

If you’re just trying to generate engagement for your content, then that’s a decent strategy.

But do not underestimate the power of social media in winning potential new customers.

Millions of tourists around the world use social media platforms like Instagram or TikTok to find inspiration on where to eat.

Classic examples of this are restaurant hashtags like #RestaurantMiami or #RestaurantNYC.

You’d be surprised how many restaurants don’t use these types of hashtags despite strong search volume.

Such hashtags can have a massive impact on a restaurant or bar’s ability to attract new customers who are only in town for a few days.

How to Identify High-Impact Hashtags

The most impactful hashtags are those that have decent search volume while also not being overly competitive. The most popular hashtags are rarely the ones that will help you get noticed.

Identifying hashtags that have strong potential isn’t as difficult as it may sound.

However, you do need access to some market data which most of the other sites that tout their lists of hashtags simply don’t provide.

Here at Tokenized, we’ve developed our very own “Impact Score”, which is essentially a ratio between how frequently a hashtag is already being used and the amount of search traffic it receives.

You can think of it as a ratio between competition and market potential.

A restaurant hashtag with decent search volume can be more impactful than the most popular food hashtag in the world if the level of competition is a lot lower.

Impact Score isn’t a guarantee that you’ll get noticed on social media, but it significantly increases your chances.

In the following list of restaurant hashtags, you’ll find a lot of examples of local and contextual hashtags that target a specific city or cuisine.

It just goes to show that there are far more people than you think are using social media platforms as search engine.

If you don’t want to bother trying to figure out what the most suitable hashtags are for your food joint, feel free to use these collections of fairly generic ones.

They’re not very targeted but they’ll get the job done and are easy to copy and paste.

Next time you create a post for your restaurant or bar, think about what your objective is.

Restaurant hashtags should always be contextual to the content you are posting.

However, if you want to target the tourists in your city, then you need to start using more local hashtags that help them find the type of cuisine they are looking for. 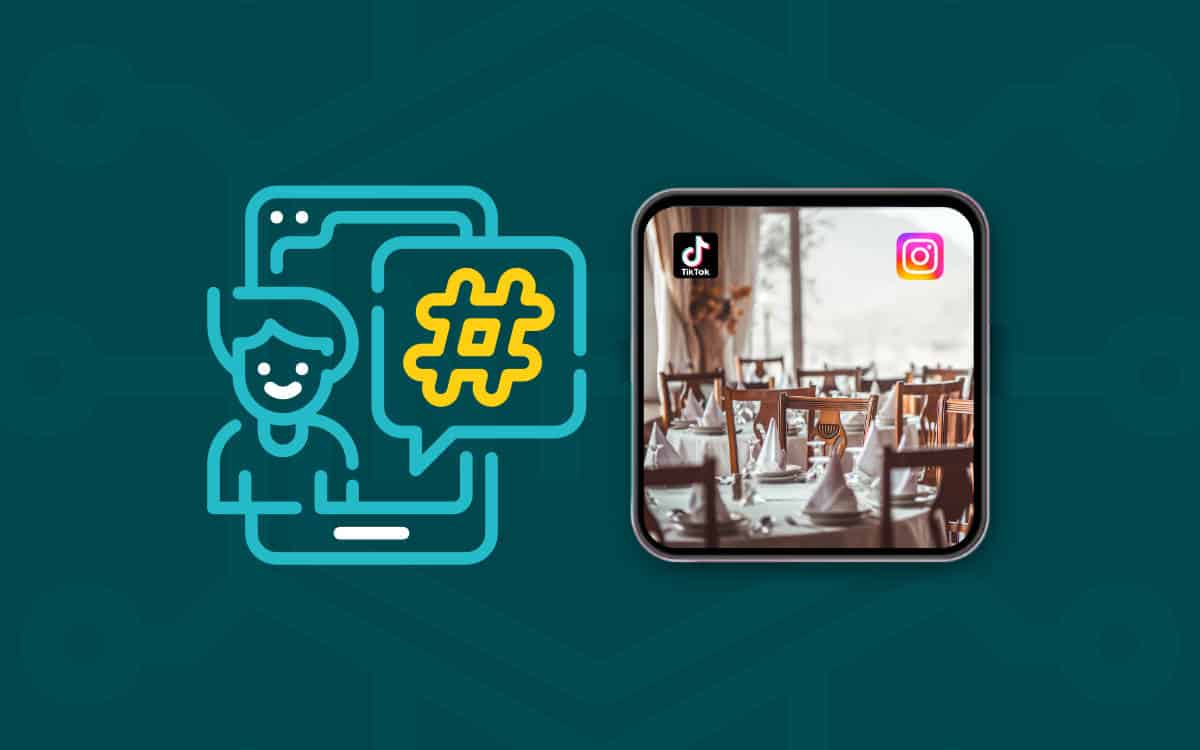