What Is Lens Protocol and How Does It Work?

Are curious what Lens Protocol is?

Or perhaps you already know but you’re trying to find the Lens Protocol token and its price?

Lens Protocol is extremely new and only popped onto the scene recently in early February 2022.

A lot of people are excited because it has the potential to become the foundation for a social web that is independent of big tech companies and censorship.

In this guide, we’ll share everything you need to know about Lens Protocol, including what it is and how it works.

What Is Lens Protocol and How Does It Work?
Here’s the answer. Great article by @ChrisHeidorn from @Tokenized_HQ here: https://tokenizedhq.com/lens-protocol/

What is Lens Protocol?

Lens Protocol is not a social network of its own. Rather, it is a permissionless, composable and decentralized social graph that allows anyone to build their own social platform in the spirit of Web3.

The Lens Protocol is a smart contracts-based social graph built on top of the Polygon blockchain, built by the team that created Aave.

Since Polygon uses a Proof-of-Stake consensus algorithm, it is energy-efficient and affordable.

It is designed to allow creators to own the connections between themselves and their community, rather than being owned by large tech corporations.

The links between creators and communities will ultimately form a composable, user-owned social graph.

The users themselves do not directly benefit from the use of their data and they are also subject to the risks of data privacy.

With Lens, users actually own their data and can use it within any application that is built on top of Lens Protocol.

This makes it impossible for a centralized authority to remove or censor any of their content or audience.

At the same time, any application that decides to build on top of Lens Protocol immediately benefits from the existing ecosystem around it.

How Does Lens Protocol Work?

Lens Protocol has most of the core features that we’ve grown used to from existing social platforms. Where it differs is in its architecture. NFTs form a crucial element within the protocol, which allows the social graph to be composable and permissionless. Nearly all content within the protocol thereby also become “ownable”.

The key features of Lens include many of the functions that we are already familiar with from existing social networks.

At the same time, most of the social platforms built on top Lens Protocol will be inherently different from what we know today.

Most of the key functions are powered by NFTs, which means that nearly every aspect of the social graph will be owned by users.

Profile NFTs are the central point of the protocol.

Not only will be composable, non-custodial and permissionless.

They will also be dynamic, with the ability to contain all of the posts, comments and other content a user generates.

An address will also be able to contain multiple profile NFTs, which in turn could also be owned and operated by a DOA via a multisig wallet.

These NFTs can technically have rarity and utility since their traits can be used to limit voting or provide other perks to the most loyal followers.

Follow NFTs enable a completely new way of governing and community of fans and they could even be traded on the open market.

Any sort of content that is produced or shared can be a Publication.

That includes pictures, music, videos or any other form of digital media.

Since Lens Protocol supports IPFS, there is no need for centralized servers and the content cannot easily be censored, removed or lost.

Lens Protocol allows users to collect things within the social graph that they like.

You can collect publications from people you follow and potentially even curate your own collection.

Whether and how something is collectible is set by the creator.

Mirror is similar to re-posting or re-sharing someone else’s content.

However, it is inherently different in the sense that you can be rewarded for the additional reach that you provide to the original creator.

Lens Protocol is fully open source and has been audited by reputable authorities in the spirit of Web3 and transparency.

Anyone can join in on the fun and use much of the existing tooling to build their own apps on top of the protocol.

Since the protocol is still new, there are many problems to be solved and tools to be built.

Early adopters will surely benefit from the vast green field of opportunities.

Is there a Lens Protocol Token?

At this time we are not aware of any official Lens Protocol token. Therefore any such token that is exclusively available via decentralized exchanges should be considered a potential scam.

With the recent announcement, a lot of people are obviously interested in understanding whether there is some sort of token for the protocol.

Early adopters may want to invest in such a token at an early stage in order to reap potential rewards.

At this time it is unclear whether there will be a Lens Protocol token since CoinMarketCap doesn’t list any token under that name.

If you scour the popular decentralized exchanges (DEX), such as UniSwap or SushiSwap, then you’ll bump into a number of tokens that seem to be posing as the official token of Lens Protocol.

We strongly urge you to stay away from these as they have most likely been created by scammers.

Lens Protocol is a new open-source social graph protocol, developed by the team that created Aave.

It is built on top of Polygon’s eco-friendly blockchain and is composable, non-custodial and permissionless.

Lens allows developers to build new social platforms which are aligned with the values of Web3.

User data is no longer owned by large corporations but by the users themselves. 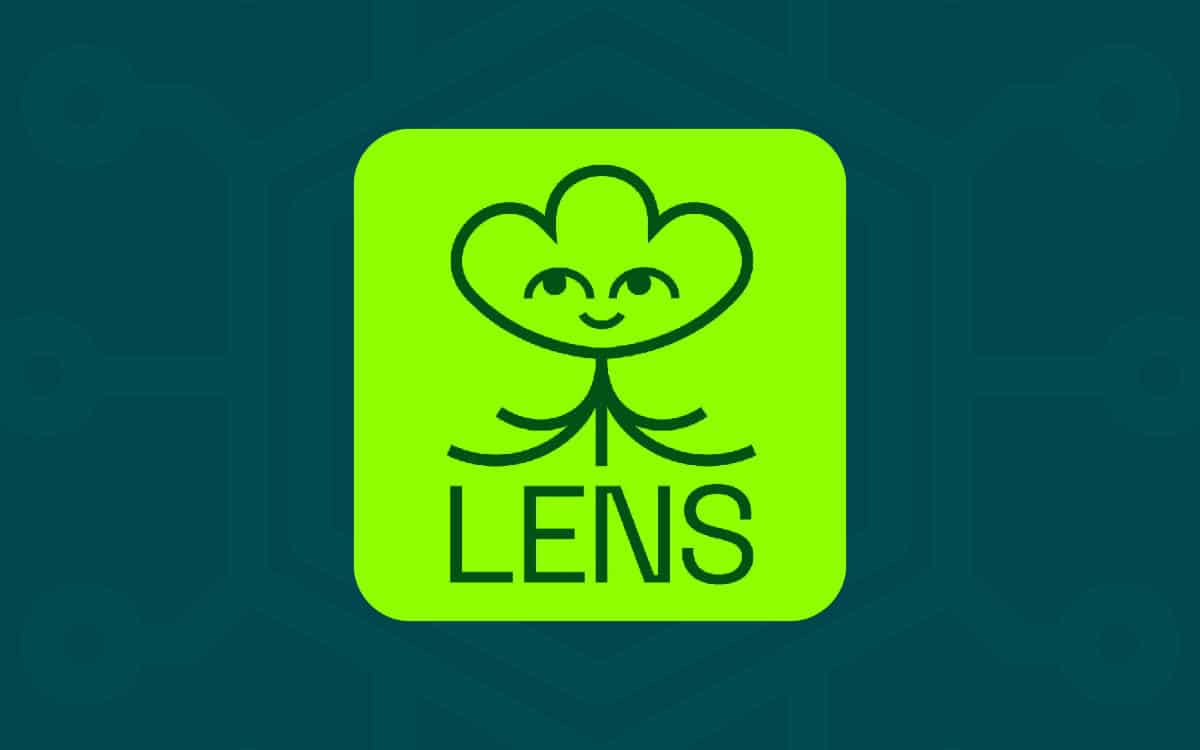