Wondering when will Sweatcoin become a cryptocurrency?

Perhaps you’ve already earned a whole bunch of Sweatcoins by using the step-tracker app and now you’re curious to know when they’ll be converted to Sweatcoin cryptocurrency?

Well, not to worry, because we’ve done some research and we’re quite confident that we have the answer you’re looking for.

In this guide, you’ll not only find out when Sweatcoin will finally become a cryptocurrency but also how much it will probably be worth.

For a detailed answer to the question “When will Sweatcoin become a cryptocurrency?”, PLEASE READ THE FULL ARTICLE.

When Will Sweatcoin Become a Cryptocurrency?
Here’s the answer. Great article by @ChrisHeidorn from @Tokenized_HQ here: https://tokenizedhq.com/when-will-sweatcoin-become-a-cryptocurrency/

The Difference Between Sweatcoin & SWEAT

The original Sweatcoin is very similar to a frequent flyer program or similar loyalty schemes. The Sweat Economy, on the other hand, will be a fully-fledged ecosystem based on the $SWEAT token and built on the blockchain.

Before we look at the timeline that answers the question “When will Sweatcoin become a cryptocurrency?”, let’s first discuss the difference between Sweatcoin and the Sweat Economy.

Sweatcoin was launched back in 2016 as a step-tracker app that rewarded you with Sweatcoins.

It’s important to understand that the Sweatcoins that you’ve been receiving in the past few years were nothing but a bunch of loyalty points.

The concept is very similar to how frequently traveler programs or credit card miles work.

The primary difference is that you receive miles for spending on airline tickets or payments you make with your credit card.

With Sweatcoin the mechanism is a bit different since you’re being rewarded with points for simply moving outside by walking or running.

However, this tiny element of gamification is already enough to trigger an incentivized response with most people and capture their attention.

Now, on the other side of that equation are the companies who are promoting their products on the Sweatcoin marketplace.

Your attention is valuable to them because they would otherwise have to spend money on advertising in order to reach you.

Handing out promotions for products that they sell is often more effective than wasting their money on ads.

While this mechanism is generally a win-win for all involved parties, it doesn’t really work all too well with people who live in markets with low purchasing power.

There’s no direct way of cashing out your Sweatcoin to USD or Sweatcoin to Euro simply because that would require someone on the other end to be willing to buy the Sweatcoin that you are selling.

And that’s why Sweatcoin is launching the Sweat Economy, an Ethereum-based $SWEAT token built using NEAR protocol.

The primary advantage of $SWEAT is that a blockchain-based cryptocurrency allows you to create tokenomics that help balance out supply and demand.

The more attractive the Sweat Economy and its ecosystem become, the more likely people are to be willing to pay for $SWEAT tokens.

And this in turn allows others to cash out their $SWEAT tokens for other cryptocurrencies.

The new Sweatcoin cryptocurrency $SWEAT will officially launch on September 12th, 2022 with an initial circulating supply of well over 22 billion tokens.

Sweatcoin announced the launch of the Sweat Economy in early 2022 and there’s one question that everyone has been asking themselves ever since:

When will Sweatcoin become a cryptocurrency?

There’s no clear timeline with regards to a specific date.

In fact, given the recent market downturn, we recently said that we wouldn’t even be surprised if the team decides to postpone the launch a little further.

And guess what, they did.

The official statement from Sweatcoin says that it will launch on September 12th, 2022.

Did that properly answer your question when will Sweatcoin become a cryptocurrency?

How Much Will Sweatcoin Crypto Be Worth?

Sweatcoins are currently valued at $0.02 to $0.05 in US Dollars. No one knows what the price of $SWEAT will be, however, it is not uncommon for the price of new tokens to initially rise based on hype and then drop by more than 90%.

Knowing when the Sweatcoin cryptocurrency will launch is one thing, but knowing how much it will be worth is a whole other story.

It’s very important to understand that the current Sweatcoin you have and the $SWEAT token you will receive are two very different things.

Sweatcoins that you currently earn are fictitious points that technically have an infinite supply.

They aren’t traded on any exchange and their entire value is predicated on what you can buy with them on the marketplace.

And since there’s no direct way for users to cash out their Sweatcoin, their current value is somewhat “artificial”.

Based on existing goods, services, and discounts on the marketplace, the value of 1 Sweatcoin ranges from $0.02 to $0.05.

However, you better not believe that your $SWEAT tokens will have the same value initially.

In fact, the company has stated that it will create enough $SWEAT to match the number of Sweatcoins ever produced.

In other words, if you currently have 1,000 Sweatcoins in your app balance, you will receive exactly 1,000 $SWEAT without losing your existing Sweatcoin balance.

It’s unclear how Sweatcoin plans to initially prop up the Sweat Economy, but it’s fair to assume that it will experience the same fate as most tokens initially do.

In the early stages of new issuances, there is some hype that tends to push up to price in the short term.

However, this phase is usually short-lived and as soon as the first larger holders begin to dump their positions, the token price quickly erodes.

I would expect users from low-income economies to be the first to dump their $SWEAT because of the immediate value it has to them.

Over time the price will surely increase as people discover the value in the new Sweat Economy and new issuance slows down.

But be prepared to see the token price fall considerably lower than the rough price range that most people currently use to value Sweatcoins.

Will Sweatcoin Be On Coinbase?

There has been no official statement that would suggest that Sweatcoin or $SWEAT will be listed on Coinbase. Coinbase‘s criteria for listing new tokens are amongst some of the strictest in the industry.

At this point in time, no one will be able to tell you where the new Sweatcoin cryptocurrency $SWEAT will be listed.

Sweatcoin also hasn’t made any official statements about this.

In fact, it’s unclear whether it will even be possible to exchange the token outside the app.

The fact that Sweatcoin seems to be generating dedicated wallets inside the Sweatcoin app gives us reason to believe that you won’t actually be able to hold Sweatcoin outside the app itself.

And this is especially relevant given that we know Sweatcoin wants to integrate DeFi features in the app.

OKEx, a very large crypto exchange, seems to be an investor in the new Sweat Economy, so it’s very likely that they are assisting in the process.

Even if $SWEAT ends up being listed on open exchanges, we would expect OKX to be one of the first.

Getting a token listed on Coinbase is generally considered very challenging.

Historically, Coinbase has also refused to list any cryptocurrency that doesn’t meet its minimum requirements of decentralization.

So when will Sweatcoin become a cryptocurrency?

Well, we now know that it’s going to be on September 12th, 2022 and it will be interesting to see how its price evolves.

Remember that most new cryptocurrencies with a free issuance tend to crash in the early days of their existence.

It is only over time that they eventually demonstrate the value of their ecosystem. 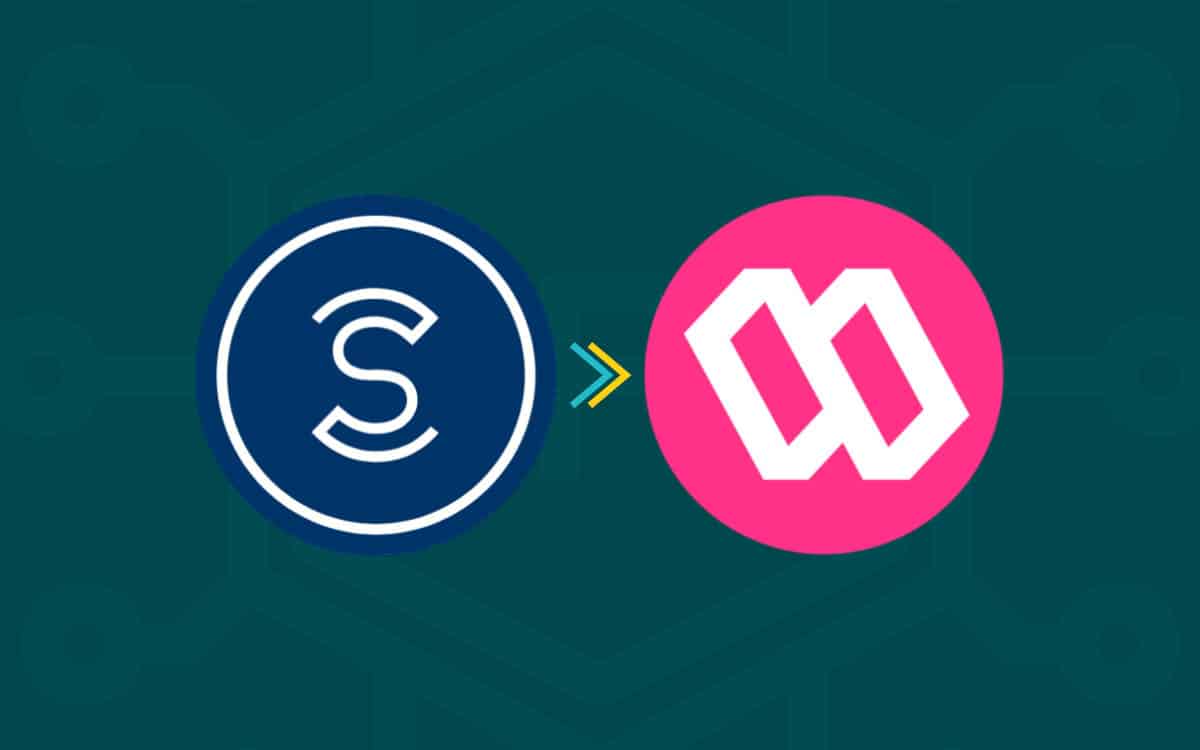