What is the Current Sweatcoin Price in USD?

Are you looking for the current Sweatcoin price in USD?

Perhaps you recently heard that Sweatcoin is finally building its own Sweat Economy on the blockchain and now you’re curious what the Sweatcoin crypto price will be?

Well, don’t worry, because we’ve done some digging and have most of the answers that you’re looking for.

In this guide, you’ll learn how much 1 Sweatcoin is currently worth as well as where you’ll be able to check the price of Sweat in the future.

For a detailed valuation of the current implied Sweatcoin price, PLEASE READ THE FULL ARTICLE.

What is the Current Sweatcoin Price in USD?
Here’s the answer. Great article by @ChrisHeidorn from @Tokenized_HQ here: https://tokenizedhq.com/sweatcoin-price/

Sweatcoin is a fitness tracker app that incentivizes physical activity by rewarding its users with points that can be exchanged for goods and services. Sweatcoin recently announced that it is entering the Move-to-Earn industry and plans to launch the Sweat Economy on September 12th, 2022.

The company behind Sweatcoin was originally founded back in 2016 by Oleg Fomenko and Anton Derlyatka.

Everything started out with a simple step tracker app that rewarded people with points (Sweat) for moving.

The idea was to promote a healthier lifestyle by incentivizing movement with real-life value.

Value was mainly derived from product promotions that could be purchased within their marketplace from partner companies using Sweatcoin.

It’s safe to say that Sweatcoin was amongst the very first companies to enter the Move-to-Earn space before it actually became a thing on the blockchain.

After watching the crypto industry grow year after year, Sweatcoin finally made the decision to create its own blockchain-based Sweat Economy.

It is being built on top of Ethereum using the NEAR protocol.

In many ways, the idea behind Sweatcoin is similar to STEPN which we covered in our article on how to play STEPN, although the latter involves considerably more gamification elements.

How Much Is 1 Sweatcoin Worth?

Sweatcoin is currently not listed on any cryptocurrency exchange. Therefore its value is primarily derived from the price of the goods and services that can be purchased with it. Based on this, the current implied value of 1 Sweatcoin is between $0.02 and $0.05.

It’s difficult to determine what the true Sweatcoin price is, simply because there is no official Sweatcoin market cap.

What I mean by that is that the new Sweat Economy simply hasn’t launched yet and therefore the new Ethereum-based token isn’t listed on any exchange yet.

This will only change once Sweatcoin’s Sweat Economy is launched on September 12th, 2022.

Until then we can only try to estimate the value of Sweatcoin based on the price of the goods and services you can currently purchase with Sweatcoins on their internal marketplace.

It’s actually very similar to how rewards programs of most airlines and hotel chains work.

Before the announcement of the Sweat Economy, the rough Sweatcoin price range was $0.02 to $0.05 in USD.

However, the announcement created a lot of hype, and the Sweatcoin price nearly doubled to a range of $0.05 to $0.09 in the initial days (based on peer-to-peer sales).

More than $70 million worth of goods and services were purchased with Sweatcoins in Q1 2022 alone.

That should give you an indication of how big this crypto distribution is going to be.

Where Can I Find the Current Sweatcoin Price?

Since the new Sweat Economy and its token have not been launched yet, there is no way for you to find the current Sweatcoin price on a public listing. Once the first exchanges list the new $SWEAT token, price discovery will begin and you’ll be able to find the price on most of the sites you already know.

As I’ve already explained, the Sweatcoin price isn’t listed anywhere because its value is based on the products and services you can buy with it right now.

That’s also why you can’t find a dedicated Sweatcoin CoinMarketCap page anywhere in the rankings.

Only once the Sweat Economy launches and $SWEAT is listed on major crypto exchanges, will we know what the true value of the newly created token will be.

You might be asking yourself: When will Sweatcoin become a cryptocurrency?

But when it finally happens, rest assured that you’ll be able to get the latest Sweatcoin price information from all the usual sources that you use.

If you’re looking for a way to turn your Sweatcoins into money, we recommend that you check out our article on how to cash out Sweatcoin.

Following Sweatcoin’s recent announcement that they will be building their own Move-to-Earn Sweat Economy, searches for “sweatcoin crypto price” and “sweat coin price” have gone through the roof.

However, since the new token hasn’t even launched yet, it’s obviously not listed anywhere and thus there is no current Sweatcoin price.

But don’t worry, the launch is scheduled for September 2022 and will surely be a massive success.

Solved: How to Transfer Your Sweatcoin to PayPal in 2022 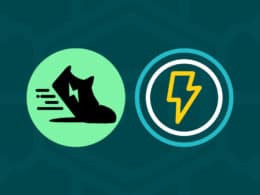 STEPN Energy Guide: Everything You Need to Know 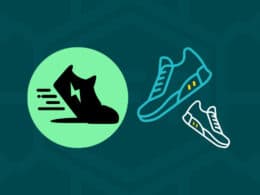 STEPN Minting Guide: Everything You Need to Know 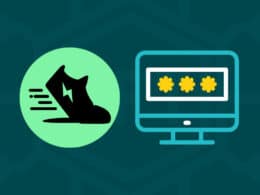 6 Ways How To Get STEPN Activation Codes Quickly 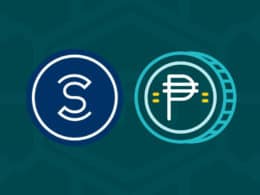